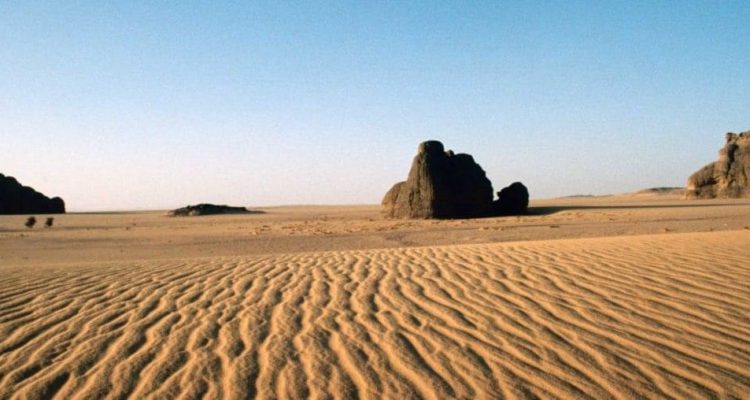 NEW TRAILER FOR HITCHHIKING TO THE EDGE OF SANITY

From Scott Peterson, writer-director of the award-winning “Out of the Loop”,  the harrowing story of how two Kansas kids that survived a hitchhiking trip across the Sahara in 1971, “Hitchhiking to the Edge of Sanity” – now available on Amazon Prime and coming to TUBI this Fall.

As the US deals with a toxic political climate, “Hitchhiking to the Edge of Sanity” takes a look back to the turbulent social upheaval of the early 1970s and follows an idealistic writer and his soon-to-be-married photographer friend as they set out to find their purpose via a terrifying road trip across the Sahara Desert.

In 1971 in Accra, Ghana, Steve Ewert woke up in a cold sweat. Bugs crawled out his mouth. Fear gripped his very soul. “I’m losing my mind!” he cried repeatedly to his travel companion Dick Russell.

What started out as two young Kansas kids setting out to find themselves in late 1970, turned to disillusionment and danger. Photographer Ewert and writer Russell traveled across Europe experiencing the continent in Forrest Gump fashion — attending French President Charles De Gaulle’s memorial service at Notre Dame, meeting famed photographer Henri Cartier-Bresson, tooling around Paris with writer James Jones (”From Here To Eternity”) in his convertible, hanging out with Dutch anarchist weed purveyors in Amsterdam and rubbing elbows with American diplomats in Brussels. Along the way, their car was stolen — twice — and they were almost arrested in Amsterdam. If they were looking for experiences, Ewert and Russell certainly found them.

But the most fascinating — and dangerous — part of the trip started when the pair crossed the Mediterranean and hitchhiked across the Sahara Desert, a 2700 mile trip that started in revolutionary hotspot Algeria (where they intended to meet exiled Black Panther Eldridge Cleaver) and ended in sub-Saharan Ghana. With Ewert taking numerous pictures with his Nikon F and Russell prodigiously writing on his trusty Smith Corona Skywriter, — and after they had spend 36 hours stranded in the desert waiting for a ride — the duo eventually took a ride with a multilingual Dutch revolutionary who would triumphantly quote ”Quotations From Chairman Mao Tse-Tung” (aka Mao’s ”Little Red Book’) and purposely ditch the van into the sand so he could smugly watch Ewert and Russell dig it out in the blistering Saharan heat. Eventually, they made it out of the desert despite being perilously close to perishing more than once. “Hitchhiking to the Edge of Sanity“ is their story of adventure, disillusionment and, ultimately, friendship.

Now available on Amazon Prime, coming this fall to TUBI.