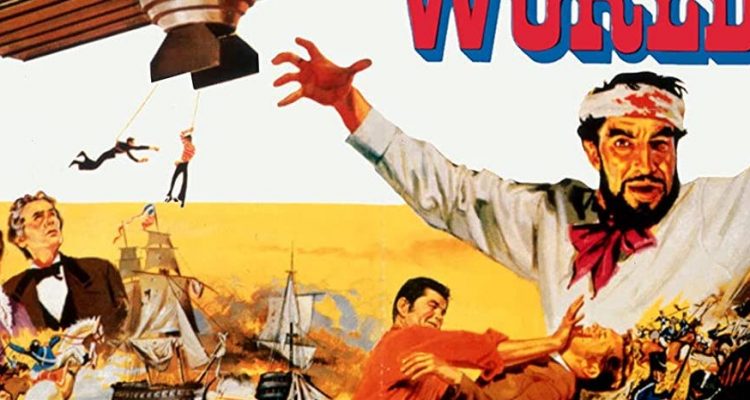 From two Jules Verne stories, Master of the World is a pretty goofy, but fun science fiction tale that must’ve been cutting edge for its day, and it’s nifty seeing Charles Bronson play this kind of character.

At the turn of the century, a madman has already mastered flight and uses his airship to declare war on war itself.

An agent with the Department of the Interior named John Strock (Charles Bronson) is called into an affluent town that’s near what he and the U.S. government believes to be an active volcano. His mission is to encourage an inventor and arms dealer named Prudent (Henry Hull) to hurry along with his invention of a high tech air balloon so that John can spy into the open crater and determine whether or not it is indeed a volcano or not. Once the balloon is built, Strock, Prudent and his daughter Dorothy (Mary Webster), and a gentleman named Phillip (David Frankham) soon find out that the site is not a volcano, but some kind of base for a massive airship created by a mad inventor named Robur (Vincent Price). Robur’s airship shoots them out of the sky and promptly collects Strock and the others aboard as prisoners where they learn that Robur has an ambitious plan to rid the entire world of armaments, warships, and anything that can be used in war. To accomplish this mad plan, Robur will use his airship that is armed with endless bombs that he can drop at his whim and a manageable and extremely loyal crew that will do his bidding. With no way off the ship, Strock and the others have to carefully plan their escape, while also scheming to destroy Robur’s transportation before Robur declares war on every country in the world!

From two Jules Verne stories, Master of the World is a pretty goofy, but fun science fiction tale that must’ve been cutting edge for its day, and it’s nifty seeing Charles Bronson play this kind of character. Price is effectively daffy as the Bible-quoting villain, and it’s somewhat surprising that the film takes a unique position as far as the villain is concerned: His cause is worthy, but his methods are heinous. Some excitement and tension helps. From director William Witney and screenwriter Richard Matheson.

Kino Lorber has just released a Blu-ray edition of Master of the World, and it looks nice and crisp in high definition. Special features include two audio commentaries, a featurette on Richard Matheson, and the trailer. 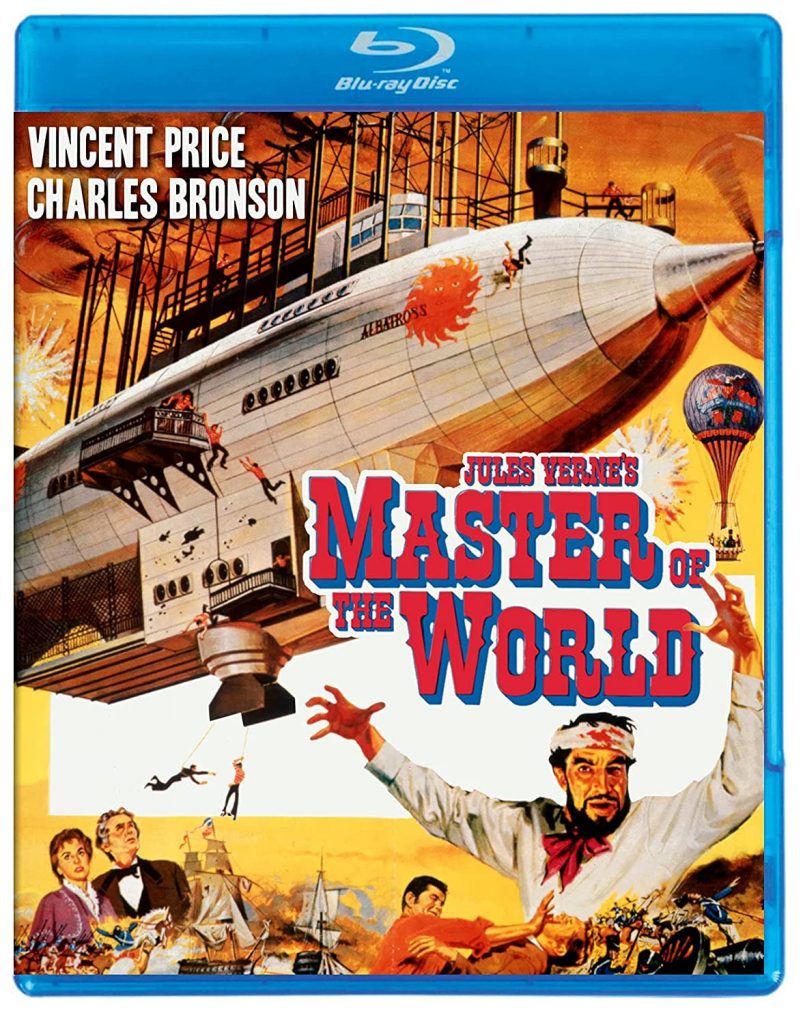