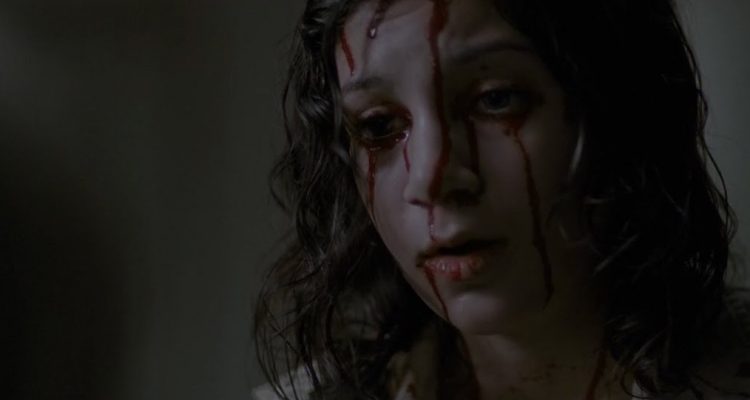 A well-crafted horror love story with good visuals, but the leads felt mismatched, and the movie was plodding.

Review: This is one of those rare situations where I saw the American remake before the original. I really enjoyed Let Me In, so I expected to love this one. After all, the original is always the best, right?

Well, not in this case. Let the Right One In is still marvelous. It has all the high points of the parts I liked in the American version. The story is still there, as are the characters, the settings, etc. I think the visuals are better in this one. There’s something about the Swedish landscape, the cold, stark, snowy environs that director Tomas Alfredson selected as the backdrop for the story that so fits what takes place. I would say the film is beautifully shot, and I was particularly impressed with the sequence when Eli deals with the bullies who are assaulting Oskar. The results are both satisfyingly gory, without being overt.

Where I found the American version to be better was both the pacing and lead characters. Let the Right One In has a more extensive cast than the other version, leading to more story points that deal with those extra characters. While both movies have roughly the same runtime, I didn’t really care about any of the additional characters present in this version.  The film just feels very long and without much going on for parts of it.

As for the main characters, I didn’t think they did a lousy job, but I definitely didn’t feel any connection between the two of them. Oskar, the bullied boy, doesn’t seem like he actually gives much of a damn about the vampire Eli, and it feels Eli rebuffs Oskar enough times that he should have given up being her friend at some point. There’s no spark, no passion between the two, and that’s what you need for this story.

In conclusion, I didn’t think this was a bad movie, but it’s not the version I prefer. It is definitely worth watching, especially if you liked Let Me In or haven’t seen either film yet. It has atmosphere, great settings & visuals, and a solid story.