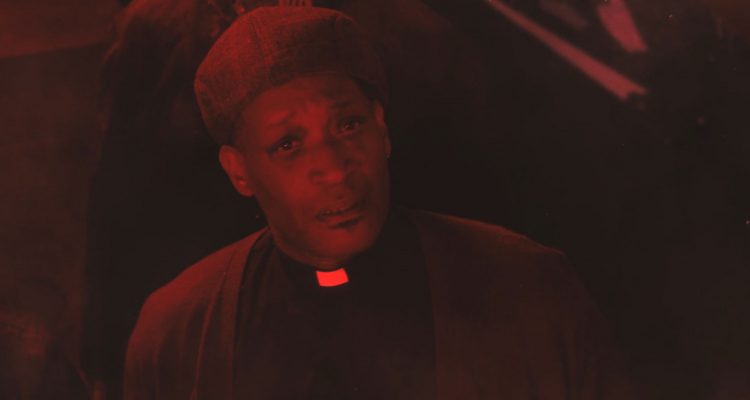 Filmmaker Ari Kirschenbaum tells us how his film Live-Evil, available on Amazon this Halloween, came about.

How did you get started in the industry?

Writing. No wait illustrating. My cousin got me an interview to work on Freddy vs Jason, back when Rob Bottin was directing. It didn’t go well. I had no idea why I was there.

Friends and family and agents. For some reason, people saw talent in the raw ill formatted crap I produced.

Did you have to work other jobs – maybe you still do? – in between projects? Or has it got to a stage where filmmaking is putting the food on the table?

Let me puts this politely and least bitterly, filmmaking is a passion project. I have a day job. I make videos for a non-profit.

It has shifted tectonically. Indie was much smaller, but more powerful. Digital was a joke.

Has it gotten easier over the years? Is there a particular film that really helped kickstart your career?

I think it has gotten easier. The tools are more ubiquitous and cheap. No particular film helped, but I started in the moment of Blair Witch if that helps with context.

Do you have a favorite project that you’ve worked on? Maybe it was one that never even came to fruition?

Yes, and forgive my name dropping, but I would like to illustrate my Icarus like flailing. I had a trilogy of scripts that were dark Alice in Wonderland, everyone, and their mother read it, I even met with Stan Winston’s on it. And this was way before Tim Burton’s Alice in Wonderland, etc. In fact it went to Burton, but nothing came of it. A Canadian company wanted to option the trilogy, but I was afraid it would end up in Uwe Boll’s hands, because they produced all his films. That was my favorite. I translated it into a book, that I never bothered trying to sell.

Where does this one rank?

Not too high, but not in terms of quality just in terms of ambition. I think it’s a fantastically funny script, but not my favorite by any means. All director’s put their serious name-making project as favorite. What I really want to do is a Napolean biopic, you know that kind of shit.

And what appealed to you first and foremost about the film?

The dead rising from the grave and wielding semi-automatics and riding motorcycles.

How much time did you have your co-stars mingle together before filming, to get that chemistry down pat?

Is there a moment in the movie you found particularly hard to film or really felt for your actors?

It was all brutal. All of it. I felt for my actors having to put up with amateur hour. Seriously we were plagued by stuff that less forgiving people would walk away from.

A good time that they want to repeat next Halloween. That would mean the world to me and make the years I shaved off my life doing this worth it, and hopefully that spirit is in the film.