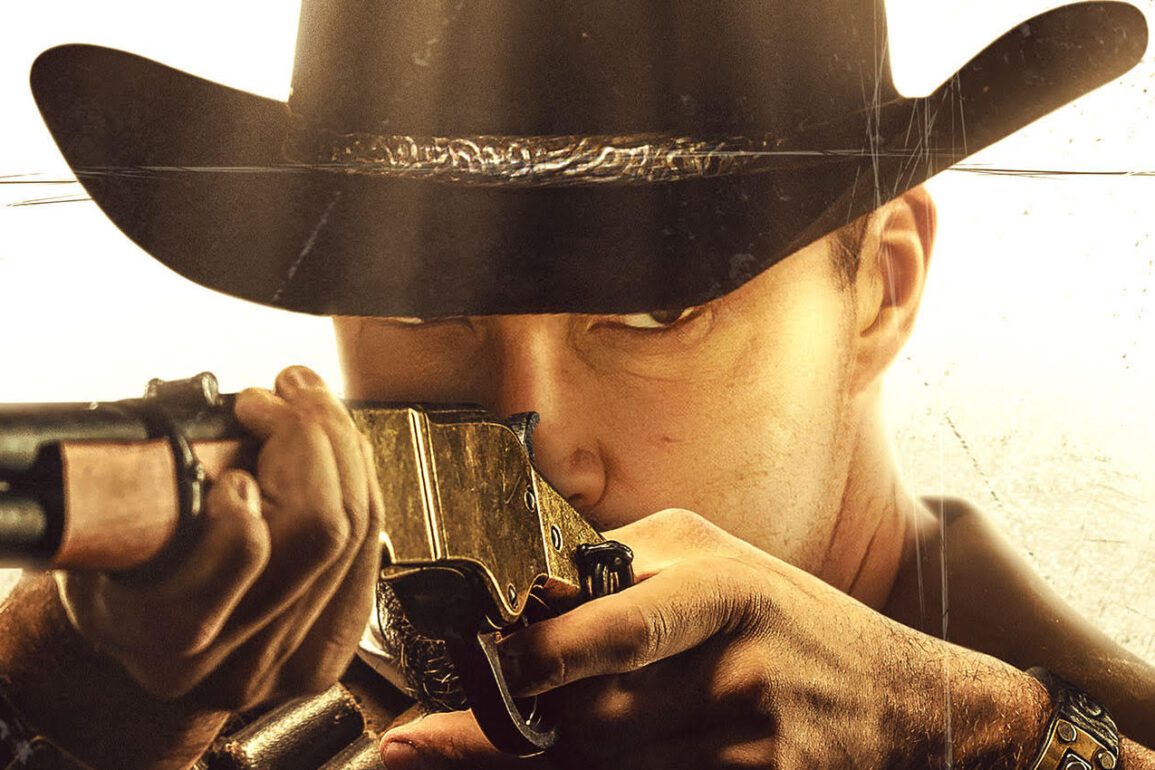 A vehicle for Russian bodybuilder-turned action star Alexander Nevsky (also in Black Rose, Showdown in Manila, and Maximum Impact), Gunfight at Rio Bravo is a step up for him with a much more laid back and confident performance than he’s ever been seen before.

A small town is under siege when a notorious criminal ends up in the town jail.

Marshall Austin Carter (Olivier Gruner with a floppy hat and his crisp French accent) and his partner have apprehended the notorious Ethan Crawley (Matthias Hues), a scourge on humanity who has led his huge gang into vile infamy. When someone describes Crawley, the word “cannibalism” is used in passing, which sounds dastardly, but when we get a good eye full of Crawley it seems like he’s best suited for a bare fisted pugilist match rather than carving up some good old long pig in the dustbowls of East Texas where the plot of this movie is set. The town mayor (Lee Dawson) is appalled at the fact that his peaceful domain is suddenly host to Crawley, whose vile reputation chills his chicken heart to the core. Sheriff Kelly (Joe Cornet, this film’s director) won’t hear of sending Marshall Carter away and agrees to put Crawley in stew, and with his honorary deputy, a hulking Russian named Ivan Turchin (Alexander Nevsky, who also conceived the story and produced), they feel confident enough to allow the Marshall to stay the night as long as everyone keeps their eyes darted directly at the silent Crawley in his cell. With nothing to do but perform upwards pushups on the bars above him, Crawley murmurs some vague threats and warnings that his crew will be coming for him, and indeed that’s exactly what happens: A small horde of gunslingers swarm the town like locusts, and the town’s survival will rely on Sheriff Kelly’s bravery alongside Marshall Carter, some local saloon gals with sidearms, and the unflinching Turchin, who reveals himself to have once been a General in the U.S. army, granted all rights, honors, and privileges by President Lincoln himself, but since the Civil War has wandered in disgrace, looking for a purpose and place to sling some lead.

A vehicle for Russian bodybuilder-turned action star Alexander Nevsky (also in Black Rose, Showdown in Manila, and Maximum Impact), Gunfight at Rio Bravo is a step up for him with a much more laid back and confident performance than he’s ever been seen before. While the film could easily have gone the route of his previous movie Black Rose, which featured him as a fish-out-water Russian cop in Los Angeles on a murder case, instead this picture just gets right on with it and I never needed to question how or why Nevsky’s character (which was inspired by a real-life historical figure named Ivan Turchaninov a.k.a. John Basil Turchin) ended up in the Wild West. The movie answers that question satisfactorily and without much of an awkward exposition scene; Nevsky is a natural in this environment, and frankly, so is Oliver Gruner, who has been down the western road before in his early film Savate, which is a personal favorite of mine.

The film has a few red flags that can easily be criticized, namely its extremely short length at 80 minutes, which includes lengthy end credits that goes to great pains to inform us of who Ivan Turchin was and the importance and significance of his life. The showdown between Nevsky and Hues (almost always a heel in movies, which I find unfair because he makes a cool hero) is quick and disappointing. I wanted to see these guys face off in a fistfight, but instead the matter is settled with a single bullet, but because Hues is in the upcoming already-shot sequel Taken From Rio Bravo, that single bullet doesn’t necessarily end his life, but I’ll let you see the film yourself for you to put that matter to rest. The movie on the whole is a little light on the bone – director and co-star Cornet and Nevsky had all the ingredients they needed to give the movie a little more plot, a little more character development, and some more ambience to an otherwise nondescript looking western looking town where the movie is set. All but one scene (the very first one) is set in and around the town, and aside from a drone or helicopter shot of the East Texan (or Arizonan, or wherever they shot it) wilderness during the opening credits do we get a sense of where the movie takes place. The western genre has always been a rather dry and predictable genre for me, and for every great one like The Great Silence or Silverado, there are dozens of others that are more or less interchangeable. As a fan of Nevsky and Gruner, I’ll prop Gunfight at Rio Bravo up probably a little more than it deserves, but it’s got the action, it’s got some style, and it left me wanting to see even more from its characters, and so I’m glad there’s a sequel on the way (with Cynthia Rothrock and Don ‘The Dragon’ Wilson!).

Shout Factory will be issuing Gunfight at Rio Bravo on DVD this coming Tuesday, and it will also be on VOD on all the major platforms. 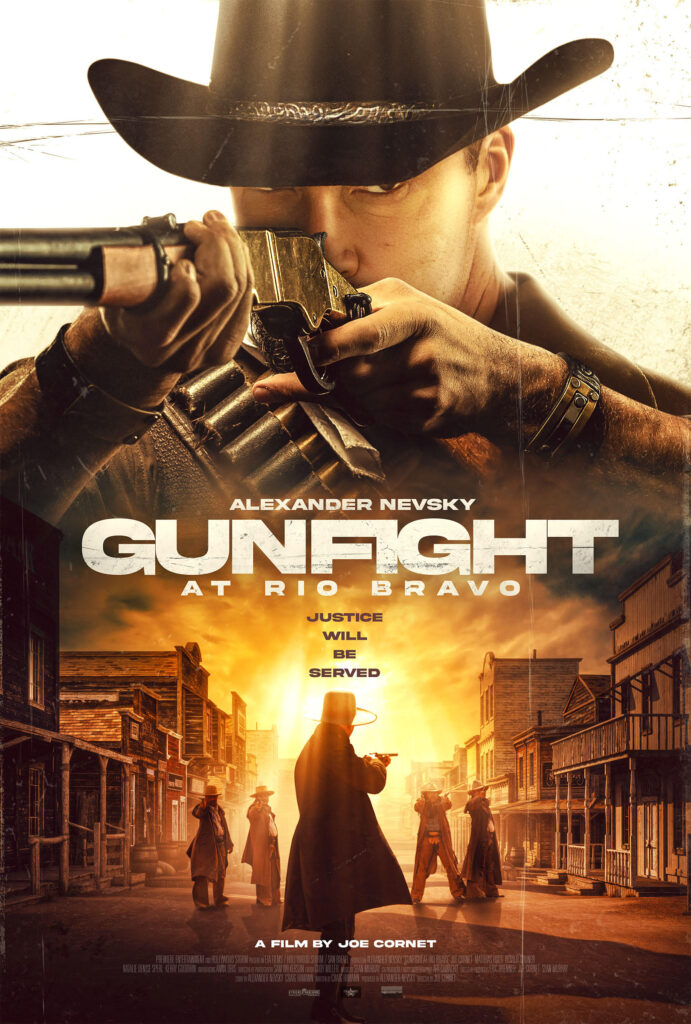