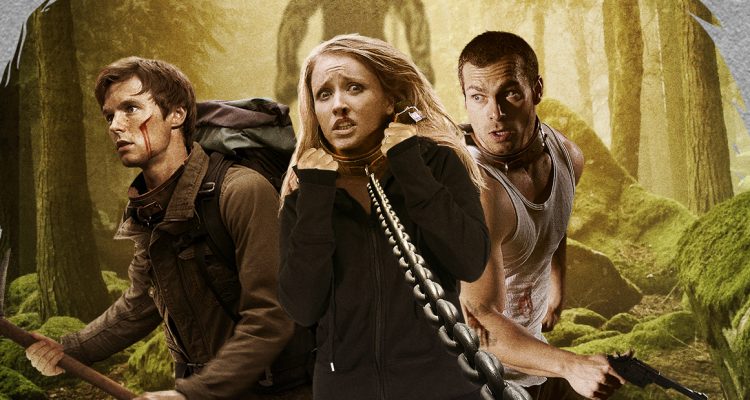 When Sasquatch eventually shows up in the climax, the movie had kind of lost me, but the movie is built around a neat idea, so I’ll give it that. It’s just shame that writer / director Braden Croft squandered away what he had so early in the film.

Two brothers and one of their fiancés travel to a remote woodsy town to find their biological parents, but find a legend of Bigfoot instead.

When their adopted mother passes away, two brothers – bulky and somewhat dimwitted Will (Shawn Roberts) and svelte and “put together” younger brother Kris (Tyler Johnston) – find a videotape willed to them along with a box of other effects. On the tape is nothing special at all, but they deduce that the footage of an outdoor backyard party shot some 20 years ago has images of their real mother and father. Will suggests that they travel to the hometown of their birth – a remote village-like town located about 10 hours away by car. Kris could care less, and on top of that he resents having to cater to his unreliable, good-for-nothing older brother who hasn’t gotten his life together yet. Kris’s fiancé Brit (Emily Tennant) likes the idea of a road trip, and so Kris begrudgingly gives the green light. The three of them take the trip and make it to the small town in the woods, and almost right away there are small clues that the town is hiding secrets as old as time itself. With less than 70 residents still in town, the townsfolk abide by some ancient rule that no one can leave town until someone is “offered” to the gods – namely a Sasquatch creature and its kin – or so the old legend goes. Will, Kris, and Brit eventually figure out that they’re stuck in town until they can figure out how to escape the handful of townspeople who want to trade their lives for their own to the hermit-like creature living in the woods, but it’s going to be a fight they’ll never forget.

An intriguing concept undone by poor casting and unimaginative scripting, Feed the Gods has a novel approach to an old monster movie genre, but it’s obvious that the roles of the two brothers in the movie should have been reversed. It’s a consistently annoying flaw that the film puts the buff, cool actor in the role of the too-self conscious, fearful character, while the younger and skinnier (and frankly feminine) Justin Bieber-haircut milquetoast actor is cast as the character with an attractive fiancé, a career, and an enviable life. I never bought for one second that Tyler Johnston could command Shawn Roberts around, and they even get into a fight – and it’s Johnston who seems to get the better of Roberts! Impossible! Movie magic! When Sasquatch eventually shows up in the climax, the movie had kind of lost me, but as I said, the movie is built around a neat idea, so I’ll give it that. It’s just shame that writer / director Braden Croft squandered away what he had so early in the film.

MVD Marquee Collection has just released Feed the Gods onto Blu-ray, and this is the film’s Blu-ray debut. It comes with an audio commentary by Croft and the producer, plus a behind-the-scenes feature, the trailer, and reversible artwork. 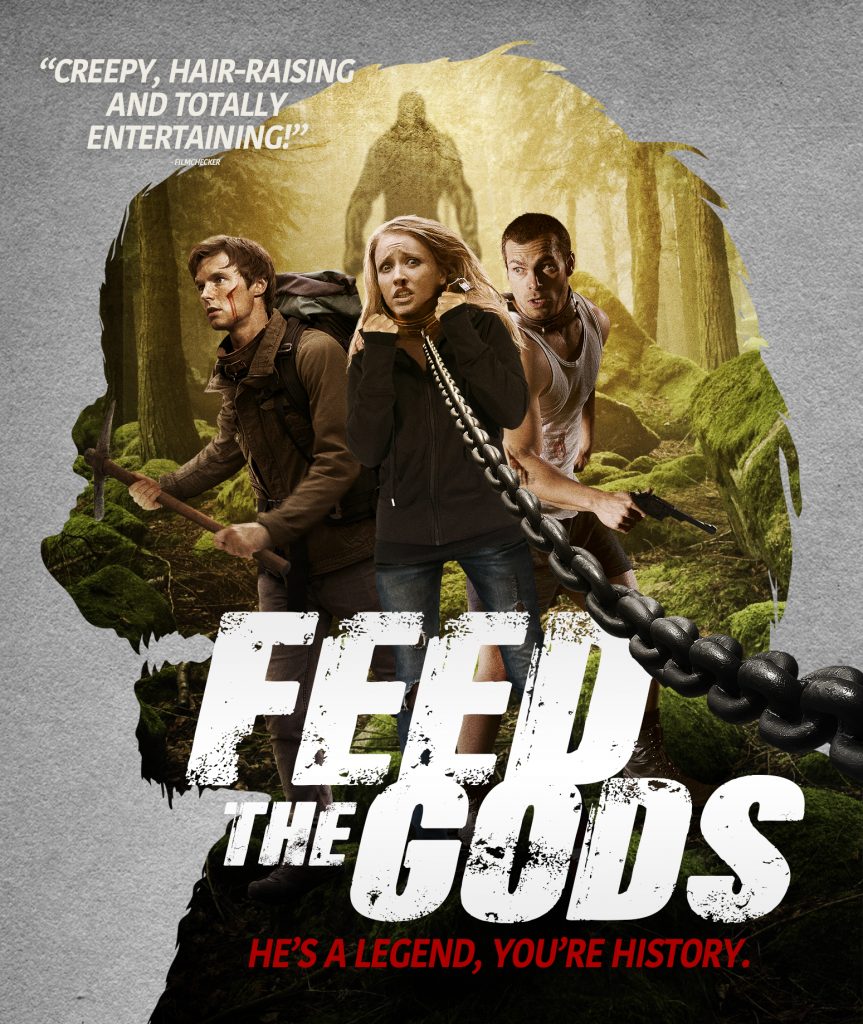