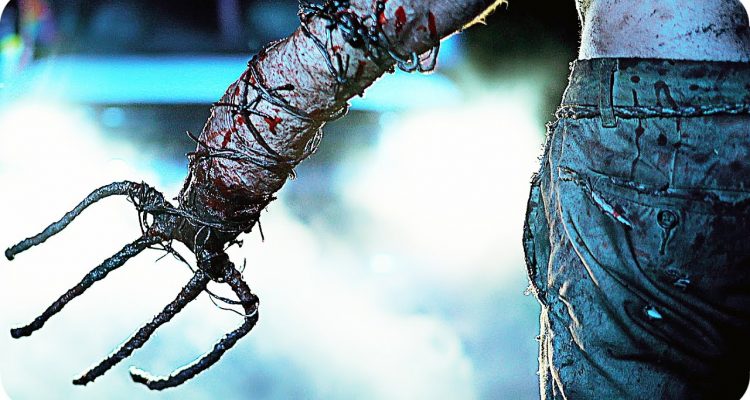 Glenn Douglas Packard’s acclaimed horror film Pitchfork hits Blu-ray and DVD this month. To coincide with the launch, we bravely pulled a chair up next to star Daniel Wilkinson and got the 411 on the film horror fans are going, well, crazy for.

How does it feel to give birth to a new horror icon?

Did you have to agree to play the character for the long haul should Pitchfork become a franchise?

When did you first hear about the project?

A month before shooting, Nicole (Flow) came up to me in acting class and had mentioned she had passed my info on to Glenn [the director] and that he would be reaching out. Felt so honored that someone would even do something like that I was happy whether I got an audition or not.

Did the look of the character change much in the early stages?

Glenn always had an initial concept in his head and the mask and the fork were always part of that concept, but it really didn’t come together until everyone collaborated on set. Was so great to see it happen.

How did Glenn Douglas Packard explain the film to you initially?

We talked a lot about the ideas he wanted to explore, the feeling and the tone that he wanted to create. He offered a lot through examples of other movies and just conversing back and forth.

This is quite unlike any horror film we’ve ever had! What do you think makes it so different?

I felt from the first time reading it that this was this generation’s horror movie. It encompasses so much of what the kids relate to these days, while throwing a homage to 80’s in the blender. But what ultimately makes it so unique is probably that the perspective shifts halfway through.

Pitchfork is now available on DVD, Blu-ray and VOD