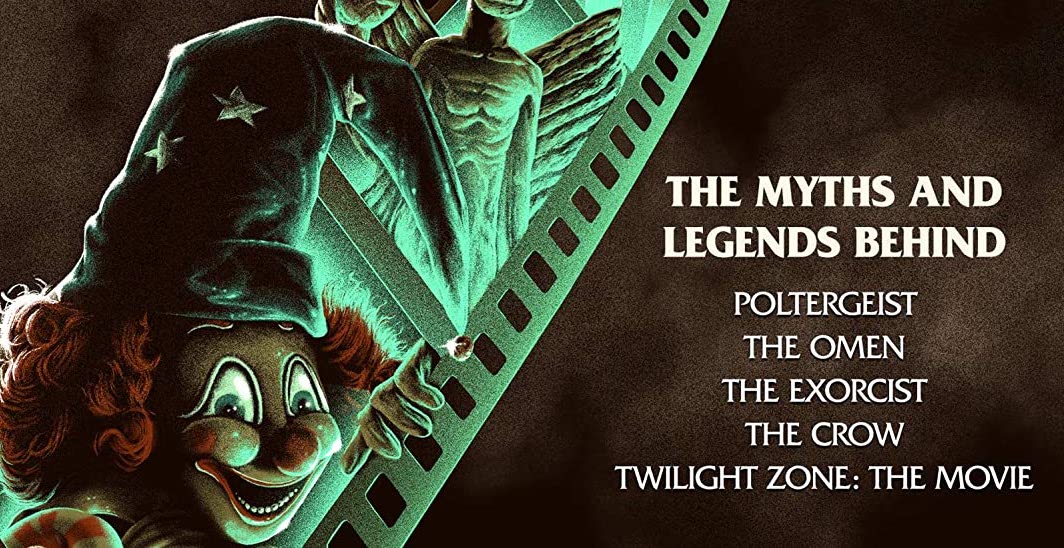 A not entirely successful look at curses in popular movies, CURSED FILMS commits an unforgivable sin in its final episode detailing the John Landis-directed episode of THE TWILIGHT ZONE MOVIE by featuring the real death footage of Vic Morrow and the two little children who died on the set of that film. To me, that is more than wrong, it’s exploitative and sickening.

Cursed Films is a five part documentary series which explores the myths and legends behind some of Hollywood’s notoriously cursed horror film productions.

A series of half-hour segments devoted to exploring the “cursed” nature of several notable horror films whose reputations exceeded populist, cultural phenomena and entered into legendary and lore status, Cursed Films sets about proving or disproving said curses, with plenty of peripheral material to pad out the running times.

The first episode covers the original Poltergeist and extensively outlines the deaths surrounding the franchise, most notably young Heather O’Rourke, who passed away before she finished filming the third movie. There is some real sadness and regret in this episode, coming from various cast and crew members, namely the director of the third film, who says on camera that being forced to complete the film without O’Rourke is one of the worst experiences of his life. There’s some other material here that talks about cursed objects, and there’s a bit where they interview collector Sean Clark, who owns the clown puppet.

The second episode details Richard Donner’s The Omen, and covers all of the strange deaths and occurrences surrounding the film’s production, including a plane crash and bizarre accidents. They interview shamans, mystics, and black magic practitioners who insist that The Omen was not cursed at all, but rather blessed as a result to proselytize the image of Satan or the antichrist and how he’s portrayed in the film. The episode gets weird when they film several black magic rituals, but having an interview with Richard Donner helps.

Episode three is all about the wild phenomena that was William Freidkin’s The Exorcist, but like the other episodes it sort of debunks any notions of a curse, despite being surrounded by controversy and various mishaps and tragedies (someone in the film later committed a murder, for example). Linda Blair gives a half-hearted and bored interview. They also film several (maybe) real exorcisms from an exorcist for hire.

Alex Proyas’s The Crow is featured in the fourth episode, and this one actually feels like it was a cursed film, out of all the others, and for obvious reasons. The filmmakers explore the so-called Bruce Lee curse that unfortunately extended to his son Brandon, who was unfortunately killed in a fluke accident on set just a few days shy of completing his role in The Crow, which would have been the big launching pad his career needed. Again, you can feel the pain and anguish of the cast and crew members who are interviewed, and there are some very strange and eerie curse-like parallels between Brandon’s death to elements of his father’s untimely passing.

The final episode chronicles the John Landis-directed episode of The Twilight Zone Movie that culminated in the tragic deaths of actor Vic Morrow and two little Asian children on the set of the film when a night shoot ended with a helicopter crash. To be honest, I had a very difficult time watching this episode, as its events were too morbid and frankly gratuitously and exploitatively covered by the makers of Cursed Films. I walked away for most of the episode, and only listened to it, rather than watching it, as it features the real death footage from the accident, which is unforgivable to me. There’s no reason whatsoever to include that footage, and it’s a travesty of the highest proportions that the footage was not destroyed, as it should have been after the trial that ended with Landis being acquitted. The interviews in this episode (namely with the production designer) are grueling to endure, but what makes it so much worse is that they included the entire video of the deaths. No excuse for that. And to make it all the more bizarre and weird is that they interviewed Troma founder Lloyd Kaufman to add some levity to the proceedings, but he simply doesn’t belong in the episode at all. This episode is just awful, folks. You’re warned.

RLJE recently released the DVD of Cursed Films, and it’s now available to own. 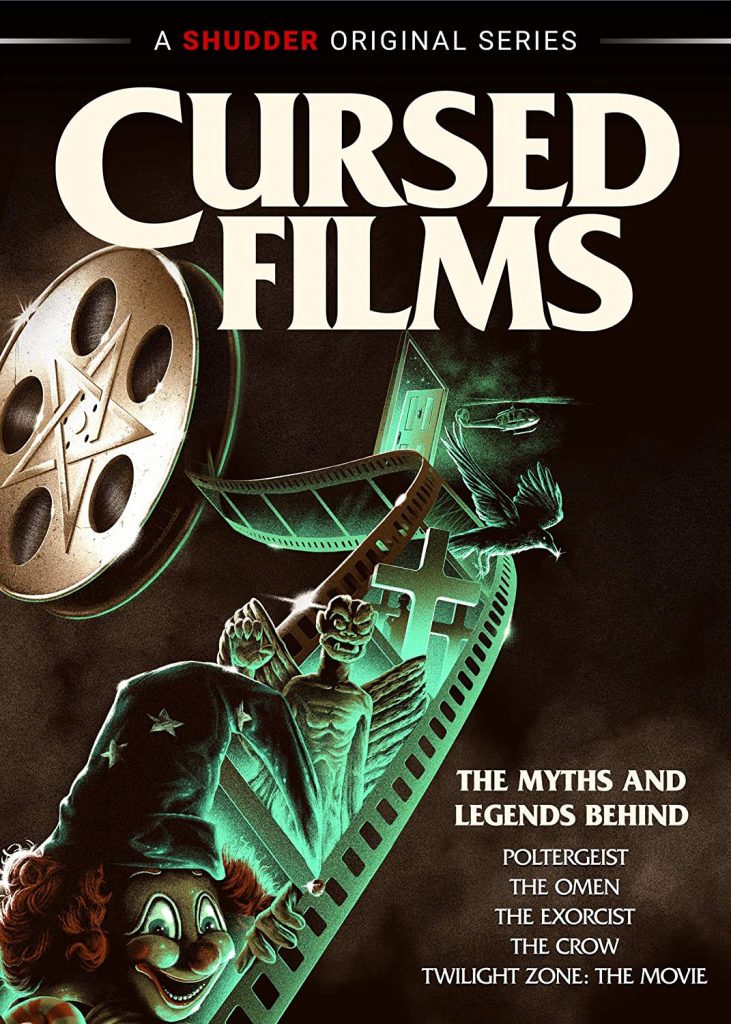