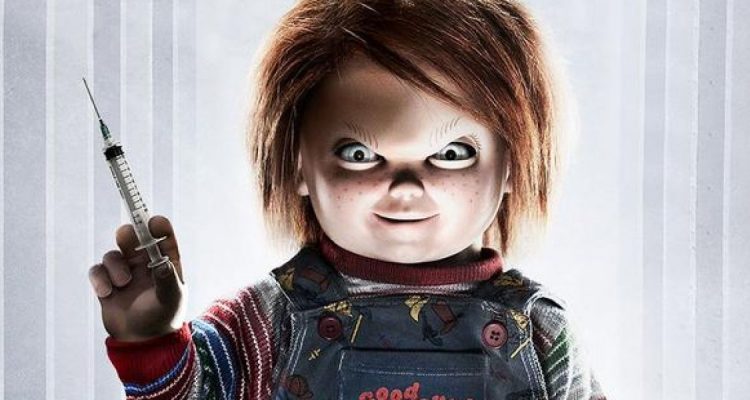 Cult of Chucky has some fabulously gruesome kills with Chucky on fine form and a story that goes in an unpredictable and suitably bonkers direction. Now we just need Glen to come back for the ultimate family reunion.

Plot: Chucky returns to terrorize his human victim, Nica, who is confined to an asylum for the criminally insane. Meanwhile, the killer doll has some scores to settle with his old enemies, with the help of his former wife.

Review: I’ve always loved the Child’s Play series and I can say without a word of a lie that the first movie disturbed the hell out of me when I was a kid. Watching them now obviously there’s nothing scary about any of the Chucky films; they are just more funny than anything else but they are never less than entertaining.

The latest entry takes place in a mental hospital with Nica (Fiona Dourif) still trying to convince people that Chucky is real when other patients start to die violent deaths; fingers start pointing at her and the story goes completely batshit from there. This is easily the craziest Chucky movie to date with a plot that goes beyond nonsensical but as it’s about a killer possessed doll then realism doesn’t really matter so leave your brain at the door.

This time we don’t just get one Chucky but several taking the series in a whole new direction which I have to admit I really like. It takes a little while for the decent kills to start happening but when they do they are satisfyingly gruesome with Chucky at his brutal best.

I’m not a huge fan of the character of Nica though who I never found particularly interesting but then it’s Chucky who is the star of these movies with his vicious one-liners and biting sense of humour.

The scene after the end credits promises something special form future entries and it looks like this is a series that will live longer than Charles Lee Ray; I for one am quite happy to watch the movies for as long as they keep churning them out as they always deliver the doll killing goods.

Overall, Cult of Chucky has some fabulously gruesome kills with Chucky on fine form and a story that goes in an unpredictable and suitably bonkers direction. Now we just need Glen to come back for the ultimate family reunion.