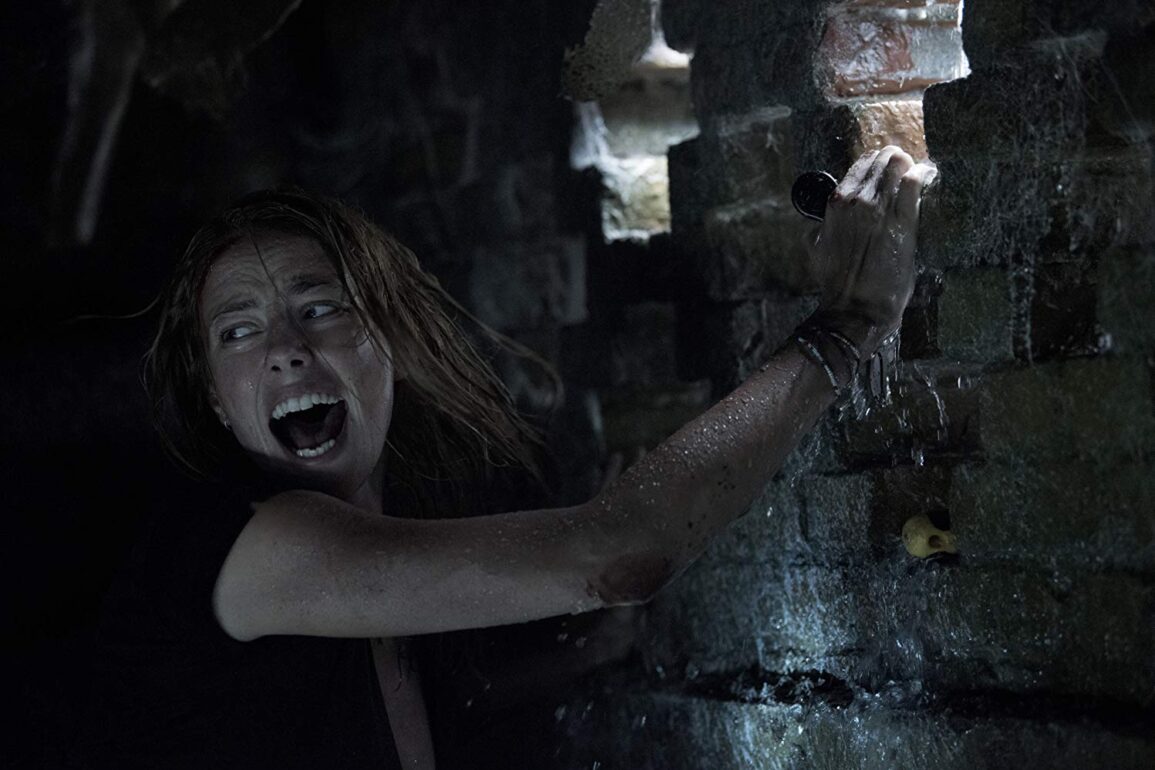 Crawl has some memorable gore, several jump scares and likable protagonists; it’s a crazy premise that shouldn’t work but it totally does and is one of the most fun times I’ve had at the movies this year.

Plot: When a massive hurricane hits her Florida town, young Haley ignores the evacuation orders to search for her missing father, Dave. After finding him gravely injured in their family home, the two of them become trapped by the rapidly encroaching floodwaters. With the storm strengthening, Haley and Dave discover an even greater threat than the rising water level — a relentless attack from a pack of gigantic alligators.

Review: I’ve been looking forward to seeing Crawl since I first saw the trailer a few months back as I think director Alexandre Aja is a great talent; his movies may not be perfect but they are usually pretty messed up and I consider his remake of The Hills Have Eyes superior to the original.

As you can see from the plot description above Crawl’s premise is suitably bonkers and not exactly the type of thing that happens on a regular basis so if you can swallow the whole idea of gators in a hurricane then you can just enjoy the ride.

Crawl isn’t short on scares and gore with some massively entertaining and mean spirited kills with limbs being chomped off at regular intervals and no guarantees about who will survive.

The film throws in some family drama with Haley (Kaya Scodelario) angry at her dad but coming back to rescue him anyway. She always wanted to be a professional swimmer and her dad used to be her coach and she has struggled without him. Perhaps their sudden re-connection during a hurricane with flood waters just might force her to swim again and remember that she is in fact an Apex Predator. So yeah, there is some obvious foreshadowing and a few too many things go wrong pushing all credibility out the window but that’s all part of the fun.

Crawl gets surprisingly tense at times and the gators are truly monstrous keeping you on the edge of your seat. The scenes are well lit with an excellent use of shadows only upping the chill factor.

I liked Haley and her dad (Barry Pepper) as characters and wanted them to escape this nightmare situation so you’re rooting for them throughout.

It feels like a throwback to 80’s movies like Alligator which are just a riot to sit through and this is the type of flick that would be a blast to watch at a Drive-in.

Overall, Crawl delivers the scares and kills and although it stretches all plausibility you can go along with it for the sheer sense of fun and several moments of nail biting tension.