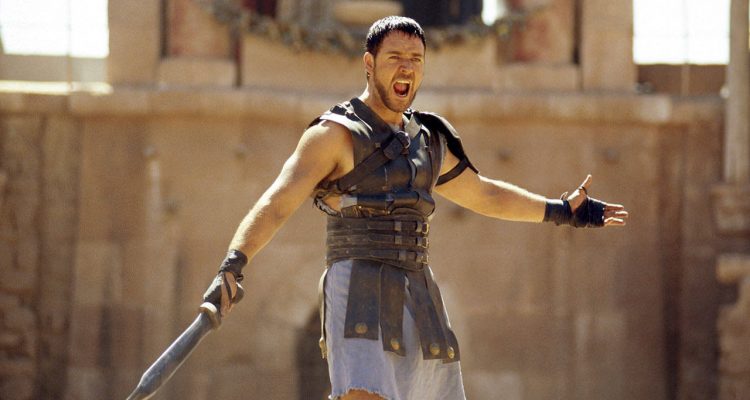 Everyone loves an epic battle sequence but for me, the best part is the inspirational speech given beforehand by the man in charge.

The odds may be against you but after being motivated by such a great speech, you’re ready to go kick some ass.

Here are some personal favourites.

Did I forget any?

9. Rocky Balboa “It’s Not About How Hard You Hit”

OK, so it’s not set before a battle scene but it’s such a great speech that it deserves a spot on this list. Rocky Balboa talks to his son and makes one of the most emotion filled and moving speeches of recent times.

I quote this line probably more than any other speech mentioned in this article; Brad Pitt gets a lot of flack for this movie but I thought he was perfectly cast as the arrogant and rather unlikable Achilles.

“Myrmidons! My brothers of the sword! I would rather fight beside you than any army of thousands! Let no man forget how menacing we are, we are lions! Do you know what’s waiting beyond that beach? Immortality! Take it! It’s yours!”

The entire movie is practically a pre-battle speech with Gerard Butler at his shouty best as King Leonidas, leader of 300 Spartans who take up arms against the God King Xerxes. He is intent on taking their land and having everyone serve him but the Spartans have other plans. This is the perfect example of impossible odds but battling on anyway, even though you know the outcome. True heroism. Well played, lads.

I had to pick two speeches from Lord of the Rings: Return of the King are there are two of the most rousing speeches ever written. For this speech Aragorn has finally accepted his destiny to become the king of Gondor and lead mankind into one final battle against Sauron and to a brighter future. He unites all the Men of the West and it’s Aragorn’s finest hour.

The other ROTK speech is arguably my favourite as King Theoden of Rohan leads his men in to save Gondor from the massive Orc army. Spears shall be splintered and heads will roll in this hair raising and epic speech.

Maximus (Russell Crowe) prepares his men for a battle in Germania and warns them that if they lie in fields with the sun on their faces, do not be troubled… for they’re already dead! That’s the spirit!

Up there with Independence Day in terms of sheer chest beating, cheese-filled awesomeness; Idris Elba prepares the last remnants of humanity for their climactic battle against the Kaijus  and by the time he’s finished you’d be willing to walk into Hell for this man!

This is arguably one of the best cheesy moments in cinema history; as the US President readies himself and America to go into battle with alien invaders, he tells them that we will not go quietly into the night and proceeds to kick alien ass. The best part is the random dude who salutes so fiercely it practically says “HELL YEAH!” USA USA USA!

Well, I’m from Scotland so this just has to be my number 1; William Wallace (Mel Gibson) is tired of the English pushing us around so he leads an army against them and gives his “They may take our lives… but they’ll never take our FREEDOM!” speech. A nation of Scots cheer and a few years later Scotland votes to remain part of the UK forever… errr… great.