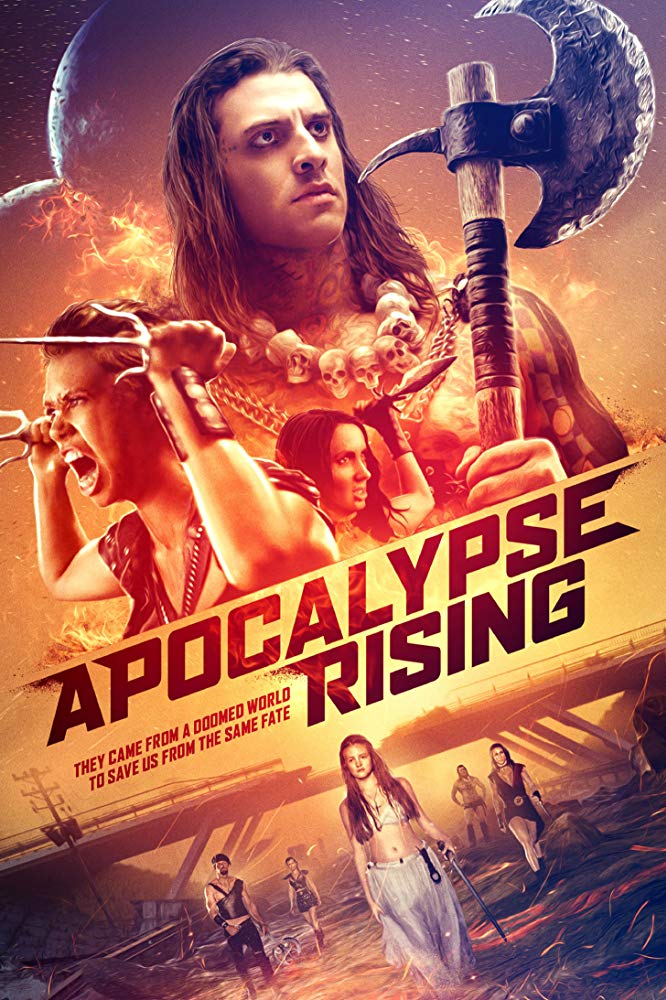 An incredibly weird and head slapping mishmash of apocalyptic themes, Apocalypse Rising is sort of compelling in fits and starts thanks to a great music score that makes everything seem much bigger and greater than it actually is.

Plot: They came from a doomed world to save us from the same fate.

Review: A band of survivors board a spacecraft and escape a doomed world overrun with the undead. The survivors have each been “mated” with another survivor in order to procreate on their next world, which turns out to be Earth. They land and are immediately fish out of water, but their leader – a holy, chosen warrior named Mia (Hunter Parker) – has already foreseen the apocalyptic destruction of Earth as well, complete with the arrival of Jesus in Bethlehem, his crucifixion, and his eventual return, which will bring about the end of all things, resulting in a time of tribulation and horrors undreamed of. Mia is sort of a prophet on Earth, and as soon as her fellow otherworldly survivors (they’re all horny and want to get to the procreating; one of them is a barbarian-type guy with an axe and a speedo) realize that this world is doomed as well, they are ready for battle. An archeologist woman joins them for awhile and is shocked when she realizes that what they say is true: They accidentally open the sealed tomb where Jesus was buried and unleash a plague upon earth, beginning a series of apocalyptic events that will usher in Armageddon. Only Mia and her cohorts can battle what follows.

An incredibly weird and head slapping mishmash of apocalyptic themes, Apocalypse Rising is sort of compelling in fits and starts thanks to a great music score that makes everything seem much bigger and greater than it actually is. The movie quickly descends into farce and immaturity as characters stop everything they’re doing to bump and grind in full view of anyone who cares to observe. The movie is violent and brainless, but it really is quite unlike anything else I’ve seen, so it’s got that going for it. Directed by Richard Lowry.