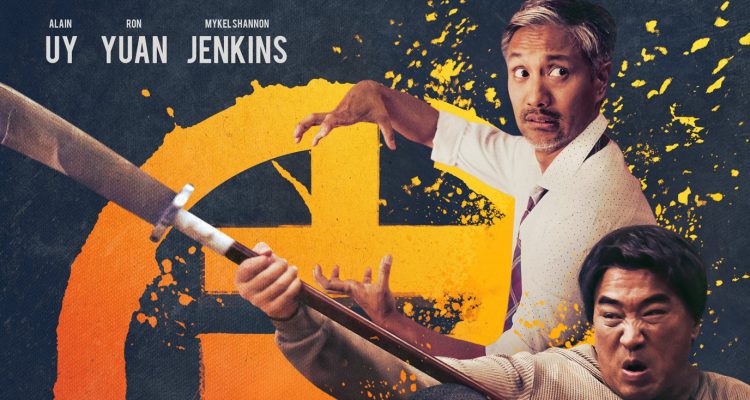 Part coming of age story, and part mystery mixed into a martial arts quest with three very appealing hero characters, The Paper Tigers is an incredibly surprising and hilarious piece of filmmaking. I loved every minute of it.

Three estranged friends reunite after their martial arts instructor dies … and go on the hunt for his killer.

Childhood martial arts prodigies Danny (Alain Uy), Jim (Mykel Shannon Jenkins), and Hing (Ron Yuan) grew up as brothers under their father figure “Sifu” Cheung (Roger Yuan), but after an event in their teens that changed their lives forever the three went their separate ways and never looked back. After several decades, Hing comes to Danny with the shocking news that Sifu died under suspicious circumstances, and he proposes to Danny that they investigate whether or not their beloved master was murdered or not, because the facts are inconclusive. Their first step is to find Jim, and once the three of them reunite, it’s not exactly a happy reunion as there is bad blood between Jim and Danny. As the three of them uncomfortably agree to forge on with an investigation, they are forced to use martial arts against foes they come across, and it’s not an easy task, as they’ve become complacent with their lifestyles and have long abandoned their Sifu’s teachings. They meet an old nemesis in Carter (Matthew Page) who in their teen years was no match for them, but as time has passed, Carter has become a formidable foe and a devoted disciple of the martial arts. They also meet a new enemy: a fierce assassin working with the Tongs, a hell of a fighter (played by Peter Adrian Sudarso) who might know something about their Sifu’s death. These three “paper tigers” will need to hone their long dormant skills and learn to get along as brothers like before if they are to reach their goal.

Part coming of age story, and part mystery mixed into a martial arts quest with three very appealing hero characters, The Paper Tigers is an incredibly surprising and hilarious piece of filmmaking. I loved every minute of it. The martial arts lore is deeply embedded into the story in a beautifully organic way, and the characters with all their flaws (especially Danny’s character, who deals with divorce, child custody, and responsibility) are incredibly well written and perceptively handled by writer / director Quoc Bao Tran. With impressive choreographed and executed fight scenes that don’t feel overly staged like so many action movies do these days, the movie has enough action, comedy, and drama to fill two more movies. This is my favorite movie to be released in theaters in 2021 so far.

Well Go USA is about to release The Paper Tigers onto Blu-ray this June 22nd, after the film recently had a brief theatrical release. The Blu-ray includes some special features including a behind the scenes feature, deleted scenes, bloopers, and the trailer. 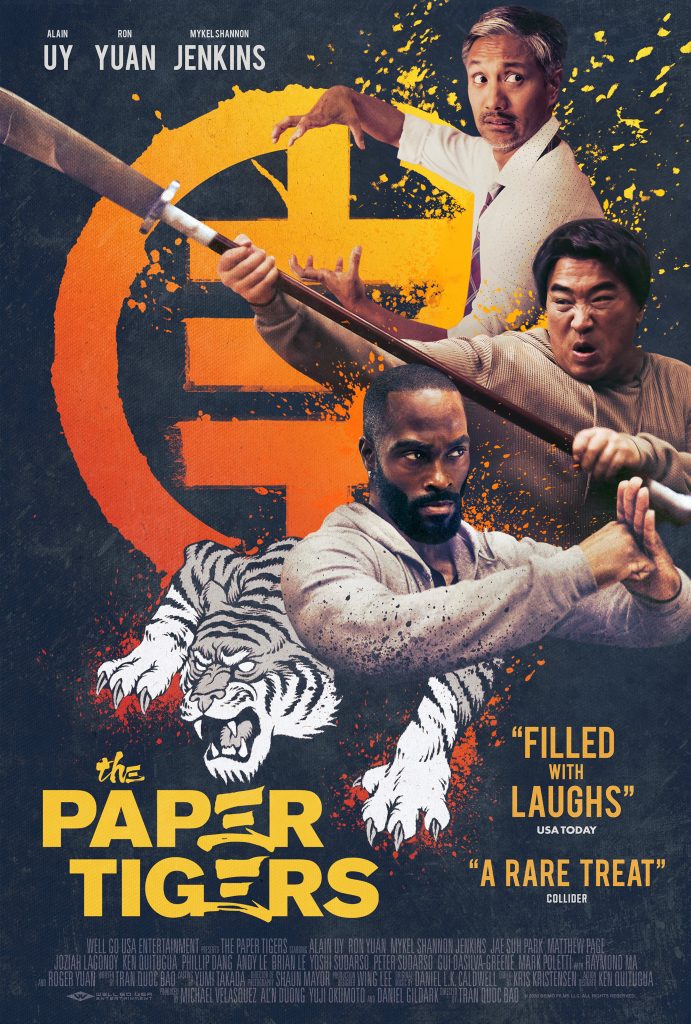