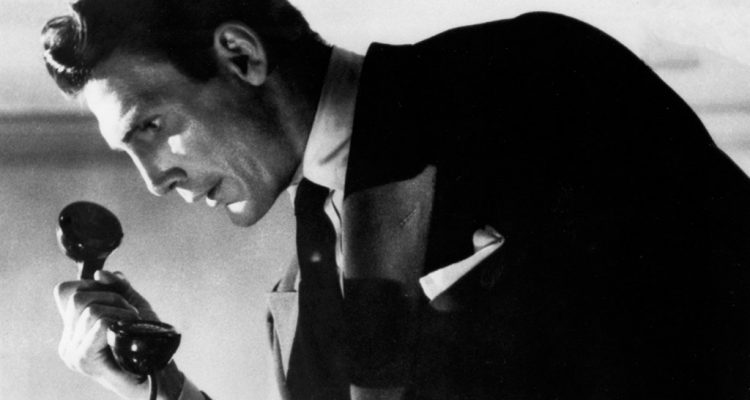 While overlong at nearly two full hours, Sudden Fear has a very believable set of characters and circumstances to fill out the time.

A successful playwright falls in love with an actor, whom she discovers wants to kill her for her fortune.

Myra Hudson (Joan Crawford) is not just a successful and widely respected playwright, she’s an extremely wealthy and independent woman, but she’s been single all her life because she’s never found someone who loves her for who she is, and not just for her money. Along comes a struggling actor Lester Blaine (Jack Palance), whom she once fired from one of her plays because he wasn’t handsome enough. They meet again on a train, and something unexpected happens: They fall in love, and quite believably so. She sees him in a new light, and he sees an intelligent, attractive, and likable woman, and the bad blood between them from before quickly fades away. They court each other, and he has no idea how wealthy she is until they marry. Turns out she’s loaded: She has a vast estate, property, and riches, not even mentioning the income her plays earn, which apparently is a lot. When they marry, Myra is so head over heels in love with Lester, that it doesn’t even bother her that he doesn’t earn any money. But when she discovers completely by accident that he’s planning to murder her (and despises her too) with his girlfriend on the side (played by Gloria Grahame) for her money and estate, Myra is soul-crushed. With the clock ticking down to the moment when her husband and his accomplice are planning to murder her, she very quickly must plan her survival and to somehow turn the tables on them … but even in her most desperate act of self-defense, she sees in her act an unfamiliarity that scares her to her deepest core.

While overlong at nearly two full hours, Sudden Fear has a very believable set of characters and circumstances to fill out the time. Palance makes a perfect leading man in the role he played here: He’s both unexpectedly romantic and fearsomely terrible. Crawford dives deep into her role, and she goes through a range of emotions, from swooningly in love as a mature older woman, to absolutely crushed and devastated when she realizes who’s she’s married. Once the thriller aspect kicks into gear, the movie doesn’t let up until the final frames of the film, and it’s fairly suspenseful even as we have figured out that Palance is a villain. What makes it interesting is how Crawford’s plans to survive change and she’s forced to adapt to the mistakes she makes. Directed by David Miller, and scored by Elmer Bernstein, Sudden Fear is a good film noir mystery / thriller, but perhaps not a great one.

The newly released DVD of Sudden Fear presents a 2K restoration transfer of the film, as well as offering a handful of special features, including a new audio commentary by a TCM historian, and a trailer. 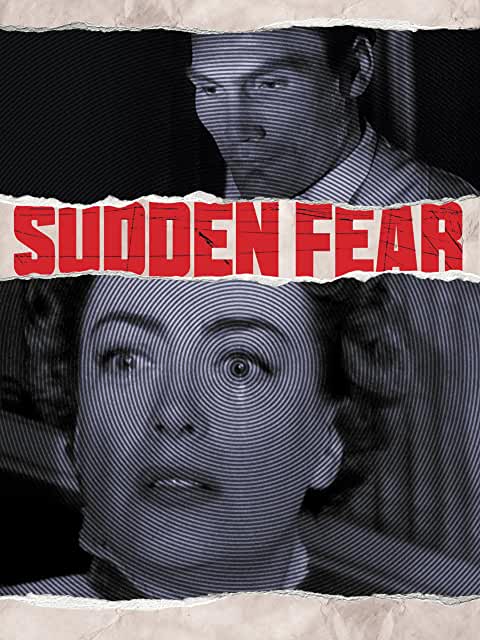