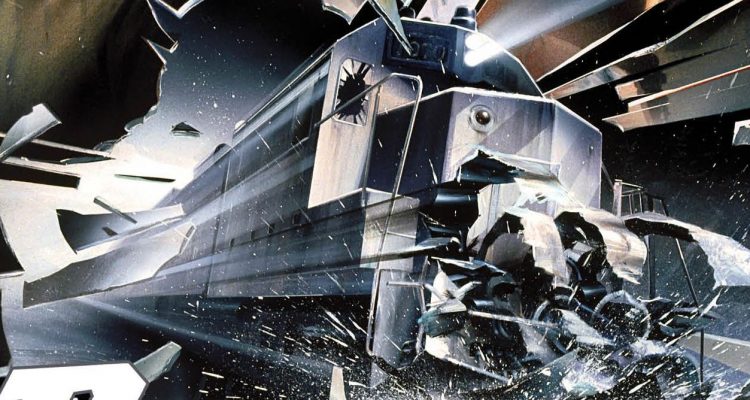 One of the best movies of the 1980’s and certainly one of the greatest films of ’85, Runaway Train is next-level action entertainment thanks to thrilling direction by Andrei Konchalovsky, who manages to transcend action tropes and turn them into existential questions and musings.

Two convicts escape a maximum-security prison in Alaska, only to end up on an unmanned train headed for disaster.

In a freezing Alaskan maximum-security prison run by a borderline sociopathic warden (played with zeal by John P. Ryan), the prison’s most notorious prisoner – a wild-eyed tough guy named Manny (Jon Voight in a stellar performance) – is let out of solitary confinement after three years. He’s a virtual celebrity amongst his fellow convicts, but the warden despises him and even tries to have him killed on the yard, much to Manny’s crazed delight. The first chance he gets, Manny escapes prison, but along for the ride is young Buck (Eric Roberts in a gleeful, energetic performance), an impressionable rapist who looks up to Manny. The two of them manage a daring escape together in the freezing tundra and end up at a train yard, where they promptly board a moving train … which has no conductor or anyone else on board. Before they realize it, the train speeds up to dizzying speeds, and the two convicts have no idea how to slow the train down or to get off. Meanwhile, authorities are trying to figure out how to stop or divert the train before it kills a lot of people or ends up running straight into a power plant, and the warden of the prison figures that his two escaped prisoners are aboard the runaway train, which proves an interesting challenge for him because he desperately (obsessively) wants to retrieve Manny to put him back in the hole for the rest of his life just to spite him. As the two desperate convicts race towards certain doom, they are shocked to find another person aboard the train … an innocent train worker (played by a grubby and plain looking Rebecca DeMornay) who will die with them unless they figure out what to do very quickly.

One of the best movies of the 1980’s and certainly one of the greatest films of ’85, Runaway Train is next-level action entertainment thanks to thrilling direction by Andrei Konchalovsky, who manages to transcend action tropes and turn them into existential questions and musings. Voight gives the performance of his career, and the film presents these scummy villains as hopeless heroes who are amazingly human, and the movie rests in a wonderful Valhalla where only the greatest movies come to rest. It truly is one of the best action movies of all time. It’s astonishing that Cannon released this while they were also releasing Charles Bronson, Michael Dudikoff, and Chuck Norris pictures. It’s so far beyond that stuff that it leaves them for the skies. I saw this theatrically at five years old and never forgot the experience.

Kino Lorber’s new Blu-ray edition of Runaway Train upgrades the previous sold out Twilight Time Blu-ray edition thanks to a new 2K master. The movie has never looked or sounded better. It comes with a new audio commentary by star Eric Roberts and film historians C. Courtney Joyner and David Del Valle, plus the trailer. 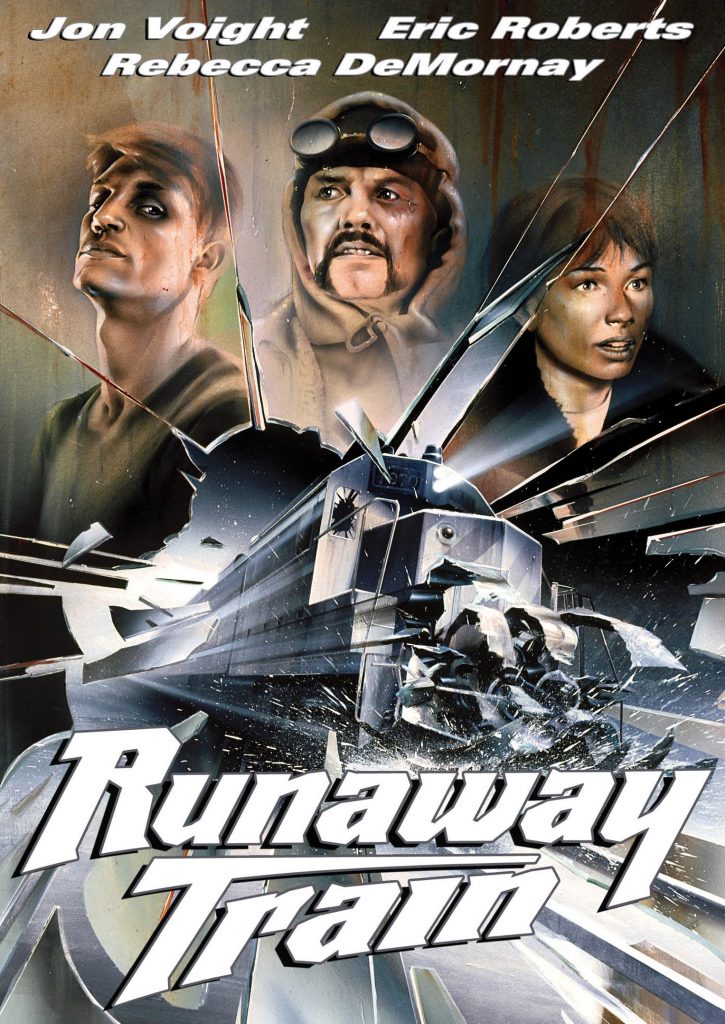