Jonah Beres, who plays Brody in Strange Nature, talks about his beginnings playing opposite “robot cowboys”, playing Lisa Sheridan’s mother in his latest film, and why Strange Nature could “really happen”.

How did you get started in acting?

I got started in Seattle Washington in plays at Broadway Bound. I was in a production of Peter Pan. I was 6 years old.

Yes. My mother’s a very supportive woman. We moved to LA. She got me my agents and manager. She does everything behind the scenes.

What was your first movie?

Mirage. I was 7 years old. I remember running through a cornfield in a silly outfit. I ran through a silo. There were robot cowboys (Cyborgs) and they did stunts. There was a stunt man on set. 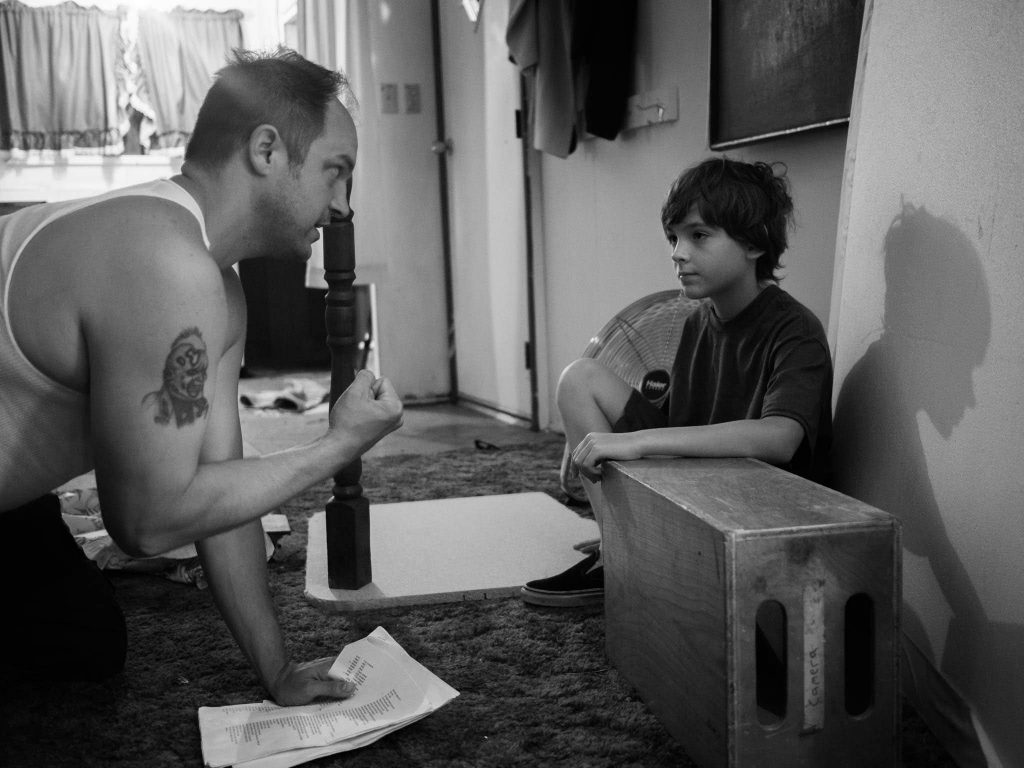 Do you feel you’ve got better as an actor with each project you do?

No acting class can give you the same skills as onset experience.

How fun was Strange Nature to do?

Pretty fun. I was filming and basically the only kid on set. For weeks I got to hang out with the adults and have my own hotel room and have everyone doing everything for me. It was pretty cool.

I’d say it’s more of an eco-thriller because unlike a horror movie it’s not like some mythical thing. It could really happen.

And who did you work with most on the movie?

Probably Lisa Sheridan. She played my mom. She became like a real loving mother to me. It was natural. And big Dave. He was always on set. Shout out Big Dave!

Was it scary, even for you, to be working with some frightening creatures (even if they were fake)

I was scared in the scene in the porta potty when the dog attacks me. It was actually filmed at night in the woods. Even though the dog was a puppet it still felt realistic.

Did you learn a lot about special effects working on the movie?

I learned how to use animatronics puppets and hold them properly. They had me control the dog puppet in the scene where I’m running with it. There was a twisty nob inside to make him move.

Do you have a favorite project that you’ve worked on?

Strange Nature. It was the first time I shot a movie in a different state. And the longest I’ve spent shooting a full feature movie. I felt like a superstar.

Where’s this one rank?

I hope that they learn that they need to stop polluting the dang lakes. It effects people and things.

I have a show called PEN15 coming on HULU near you. I have a movie on NETFLIX called Stephanie, but dead Jonah gets more screen time than real Jonah. I’m on a ABC TV show called Splitting Up Together catch me on season 1 and season 2.