A man of many talents, Tamas Nadas has several completed films under his belt as both a producer and an actor. His recently completed film Millennium Bugs is an homage to coming of age films of the ’90s, and promises to showcase a number of up and coming young talents in the business. Nadas, who is also a three-time world martial arts champion and eight-time European Champion, was a US National Brazilian Ju-Jitsu Champion in 2012. In 2017, he won silver medal and bronze  medal at the World Police and Fire Games, which is the second biggest tournament in the World after the summer Olympic Games. In 2018, he was inducted into the US Martial Arts Hall of Fame. He continues to live and work in Albuquerque New Mexico as a highly decorated detective with the Albuquerque Police Department while developing projects for his production companies, Busy Day Productions and Dark Road Pictures. In this exclusive interview, he discusses his most recent projects, including an upcoming martial arts action film entitled Fierce Target.

Tell me a little bit about how you came aboard Millennium Bugs as a producer, and what your role become on the project.

Alejandro and I have been trying to put together projects for a while. I like comedies, but I am more of an action movie kind of person. Alejandro gave me the script, and I fell in love with it. I told him I will help him produce it. Since I own a production company I was able to provide equipment, camera, police cars, police uniforms, and so on. I also reached out to investors, and I was able to secure a large portion of the entire budget.

Millennium Bugs looks like it could be a lot of fun. ’90s nostalgia isn’t as prevalent as ’80s nostalgia, but it seems like a great fit for a coming of age movie. Talk a little bit about how the film plays to the ’90s nostalgia.

I am sure everyone remembers when we tried to go online and it took several minutes to achieve that. Well, we have a scene like that, and it is being portrayed naturally in a very funny way. People who grew up in the 80’s and the 90’s can relate to it. The younger generations have no idea what that means.

The cars, clothes, and set ups  are all from the 90’s as well pairing with some great music. 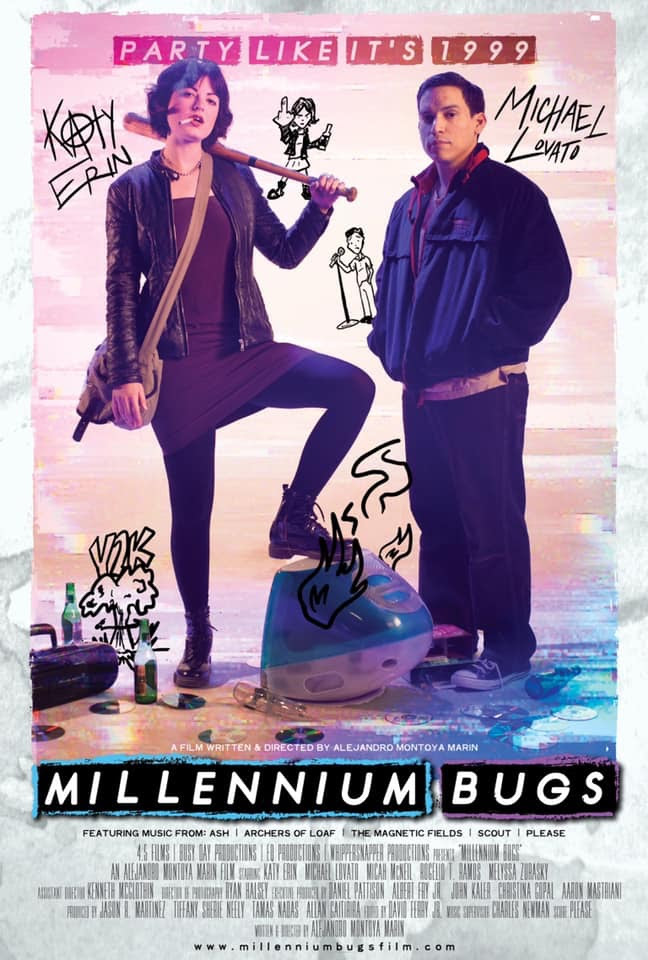 What are some of your favorite coming of age films?

I love the original Karate Kid and Ten Things I Hate about  You. Those come to mind.

Every coming of age film should have up and coming young stars. Say something about your cast and where they were found. Who are the standout cast members that audiences should pay special attention to?

Katy Erin, Michael Lovato, and Micah McNeil. I’m in the movie as well.

What were some of the biggest challenges as a producer on this project?

The most challenging aspect was securing the funding. Also, Indiegogo did not release the money we raised, and I had to make sure I could get people to loan us money until we are paid. They were 3-4 weeks late, and it created an extremely stressful situation. Thankfully, I was able to find the people and secure the funding.

Tamas, you are a man of many facets and talents. You are a multiple martial arts world champion, a police detective, a humanitarian, an actor, and a producer. How do you keep it all together? What are your best and strongest attributes in each of these avenues you contribute to in life?

Never give up! Be consistent. I always tell everyone that you have to jump in! Yes, I do make mistakes, but they only make me stronger and hungrier for success. I am tired of people who talk big games but never deliver.  To sum it up, I am fully dedicated to everything I do in life. I believe that’s why I became who I became.

What is your favorite aspect of producing? Talk about how different it is to acting or your other professional careers.

I believe there is something common in being both a producer and a Police Detective; you have to be able to solve problems. I am pretty good at that. Being an actor is difficult too, but at least it is scripted (well, most of the time). However, I love acting more than being a producer.

Say some things about how you’re hoping Millennium Bugs will be received when it is released? Who is the audience for this film?

Everyone who grew up in the 80’s and 90’s will probably love the movie. It is funny and quirky, but there are some serious life situations in it. I, honestly, do not see why Millennium Bugs would not get big recognition. I mean, this was not just an indie film shot on a cheap camera with some cheap lenses. We used top notch equipment, with actors and crews who work on some of the biggest movies.

What are the plans for the film in the near future?

We will submit it to major film festivals, and I truly believe we have a very good chance of winning. 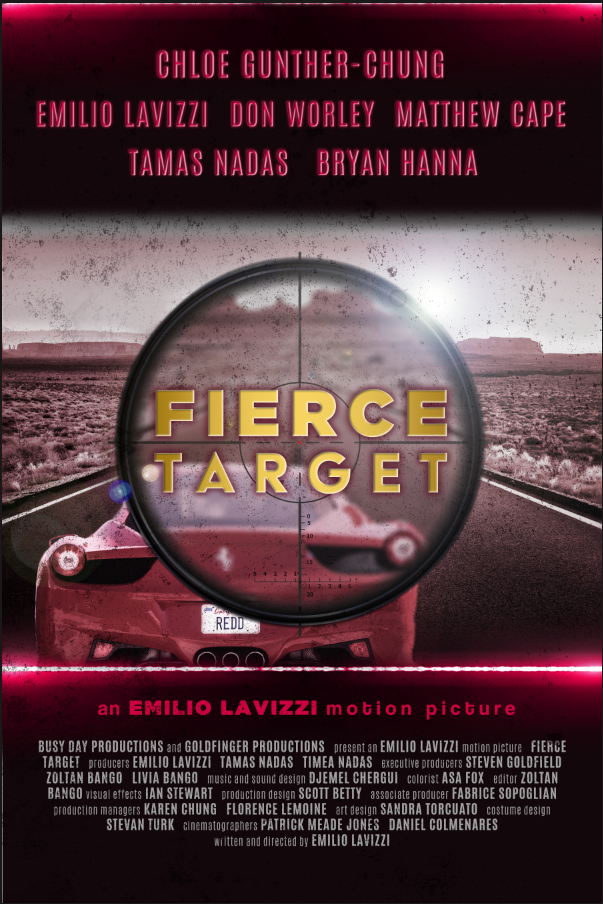 I noticed you are co-starring in an upcoming action film called Fierce Target. From what I gather, it sounds a little like The Transporter. Tell me more about the film and some history surrounding it.

Fierce Target is a fast paced action feature film. A rebel car thief helps a 12-year-old girl on the getaway. As their two worlds collide they quickly become the targets of Senator Parker and his security team who launches a ruthless campaign to destroy them. I play the senator’s bodyguard in the movie. Emilio Lavizzi (Martial arts champion and hall of fame member) plays Pietros Comos, who is an ex-champion turned car thief. When he stole a Ferrari, we find out that there was something in the car that belonged to a French drug lord. Now everyone is after him and the girl. There are some great fight scenes, car chases, shootouts, and so on…

The style is very similar to Luc Besson’s first Transporter movie, which is one of my all-time favorites.

The history behind it is, two immigrants, Emilio Lavizzi and I, came to the US to fulfill our dreams of becoming actors. Our path crossed several years ago and we did a short film called The Exchange to see if we can work together. It was a success, so we created Fierce Target.

What other projects do you have coming up as either a producer, actor, or martial artist?

Alejandro and I are already working on 2 other projects where I’ll be acting and producing. Also, my other producing partner, Rian Bishop, and I are in development of an action thriller with a very prestigious company of whom I cannot name at this time.