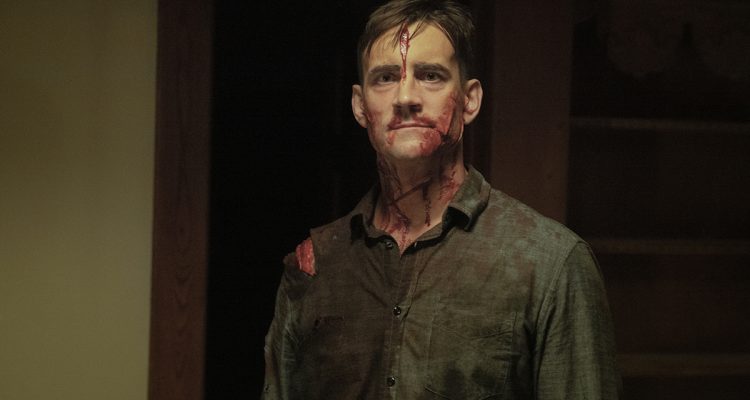 Almost entirely set in a single location, Girl on the Third Floor has a little bit of Hellraiser running through its veins, but it ends up feeling like a lot of other haunted house movies too.

Plot: Don Koch tries to renovate a rundown mansion with a sordid history for his growing family, only to learn that the house has other plans.

Review: After dodging a prison sentence for fraud, Don (Phil “CM Punk” Brooks) tries starting over with his pregnant wife by buying a fixer-upper home. Before his wife moves in, he spends about a week renovating the old place by himself, but finds out that it’s a hell of a lot of work, and maybe more than he can handle by himself. Apparently, the house used to be a bordello many years ago, and a little girl was supposedly murdered there (and maybe others too), and before long Don is visited by a sexy visitor (played by Sarah Brooks) who more than willingly comes on to him, but with a price that he’ll most likely have to pay in blood. As the days wear on and the work on the house becomes overbearing, Don might very well become a permanent residence of the house, but when his pregnant wife comes to check on him, the ghostly girl on the third floor will have one final haunt on her list.

Almost entirely set in a single location, Girl on the Third Floor has a little bit of Hellraiser running through its veins, but it ends up feeling like a lot of other haunted house movies too. Some of the gore scenes are gross and icky (which is fine), but it doesn’t amount to much, and while the film teases some sex and nude scenes, it skirts around it and never commits, which is weird considering the subject matter. Writer / director Travis Stevens seems to have a grounded sensibility with horror, and it shows, but next time he should open up the story a bit and jump with it. Star Phil Brooks emerges as an interesting screen presence, and I’d be very interested in seeing what he does next.

Dark Sky Films has just released a Blu-ray for Girl on the Third Floor, and it comes with a commentary by director Stevens, as well as two trailers. 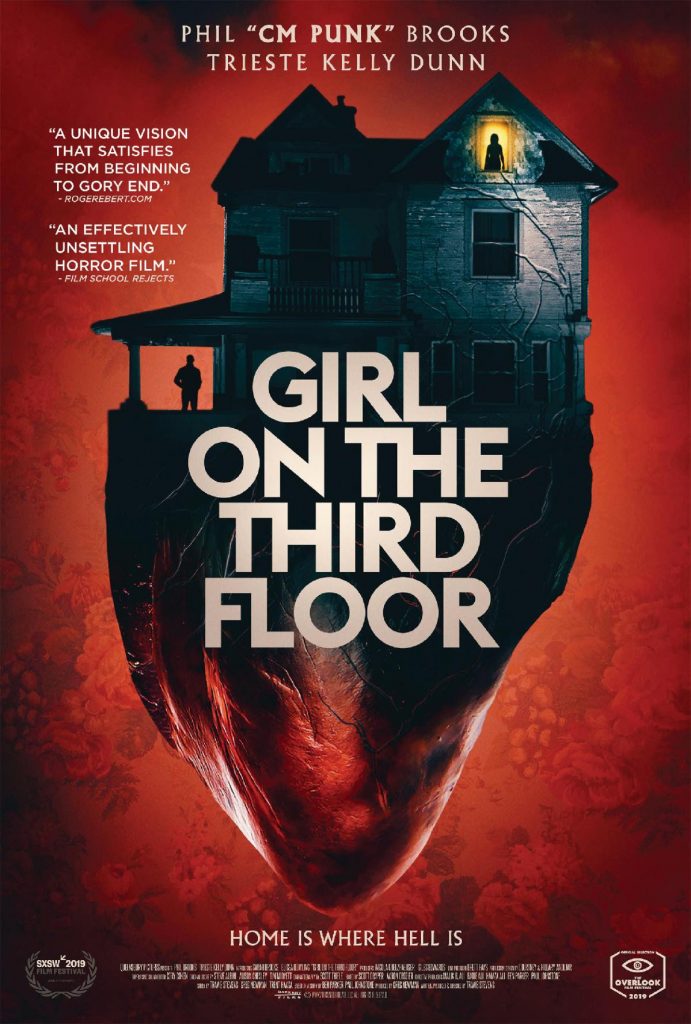