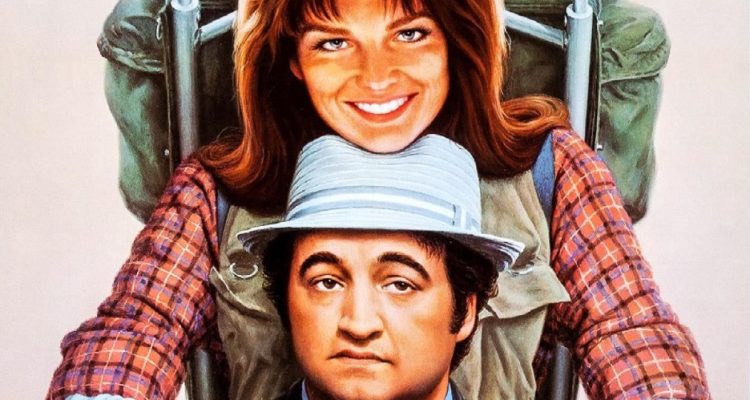 It’s no classic, but it’s a refreshingly mature approach to a genre that might’ve easily gone into spoofery.

Plot: A controversial journalist in Chicago is ordered to Colorado for a personal interest story about an ornithologist, but instead of writing an objective story about her, he falls in love with her.

Review: With a knack for kicking the hornet’s nest, Chicago journalist Ernie Souchak (John Belushi in one of his final roles) lands himself in the hospital after kicking a little too hard against a local criminal with connections that reach as far as the police department. Souchak’s boss orders him to leave town for a few weeks to research an ornithologist living alone in the wilderness of the Colorado Rocky Mountains to later write a personal interest story, and after hemming and hollering, Souchak agrees. Once in Colorado, his guide abandons him at what appears to be an abandoned cabin, but when his interview subject Neil Porter (Blair Brown) shows up, she’s flummoxed because she had no idea a journalist was sent to write a story about her. With no choice but to coexist for a few weeks, Porter and Souchak get stuck in each other’s craw (he’s a city boy, while she’s a rough and tumble outdoorswoman), but by some miracle they become romantically interested in each other, despite their best efforts not to. After nearly dying from a fall from a precipice and later on mauled by a mountain lion, Souchak has no choice but to submit to Porter’s care. When the two weeks are over, he returns to Chicago and has a hell of a time readjusting to his old life because, by golly, he’s heartsick. Weeks go by before he’s able to find his mojo again, but then Porter comes to town for a lecture, and they meet again and realize that while they probably weren’t meant for each other, they can’t shake that loving feeling.

From writer Lawrence Kasdan, director Michael Apted, and producer Steven Spielberg, Continental Divide is a sweet romantic drama with some comedy in it, and it certainly skews “mature” and not adolescent the way it easily could have with star John Belushi in the center of it. The movie works in part because Belushi plays it straight, and his co-star Brown manages to charm as well. It’s no classic, but it’s a refreshingly mature approach to a genre that might’ve easily gone into spoofery. Belushi’s final film would be his next one, the weird Neighbors.

Kino Lorber’s new Blu-ray edition brings Continental Divide to high definition for the first time. I can retire my DVD from Universal now that this Blu-ray version brings it to sparkling life again. The Blu-ray disc comes with a new audio commentary by two film historians, plus the trailer. 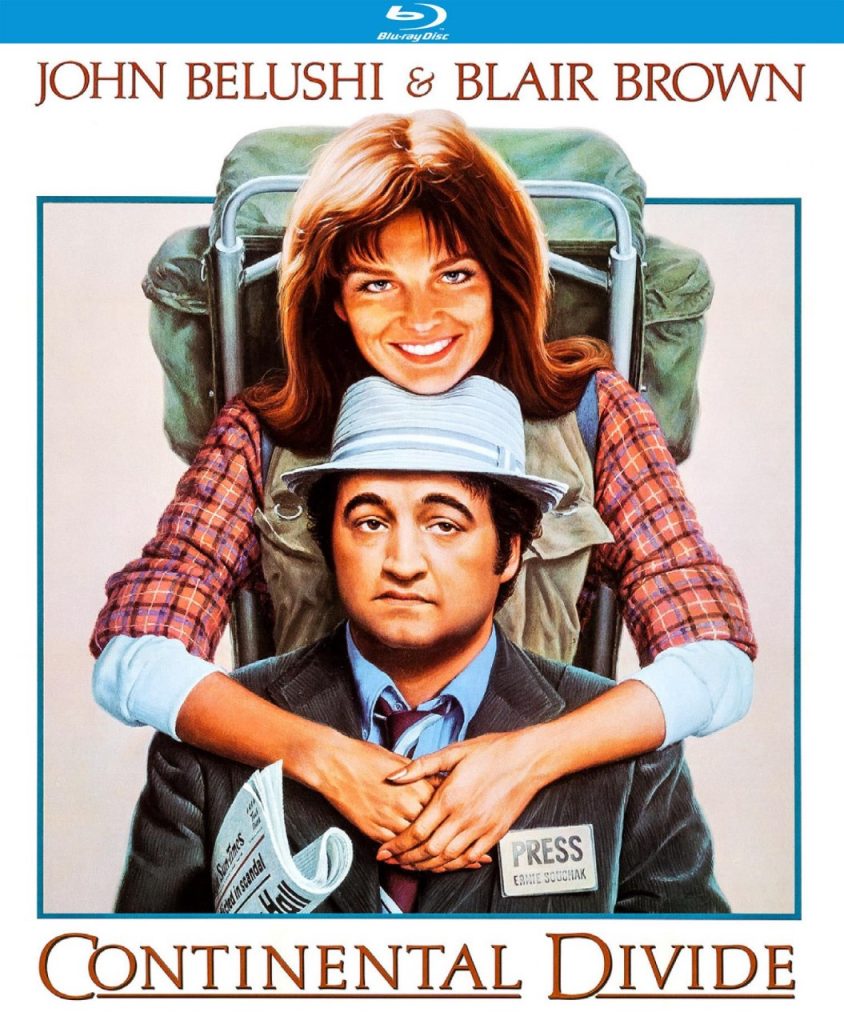