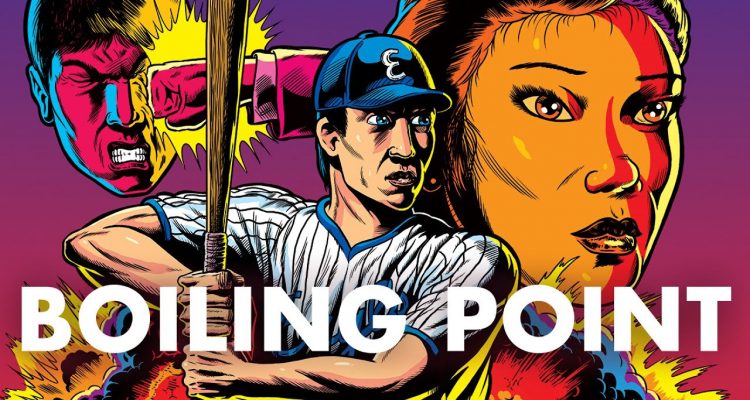 Ambling and unpredictable, Boiling Point is a little too harsh for my tastes, but it’s mainly because of the unflinching way co-star and director Kitano presents violence towards women, and with no soundtrack, the movie has a weird unsettling quality that is difficult to shake.

An encounter with a yakuza gangster puts a nebbish amateur baseball player at the center of a violent clash between ordinary business owners and the yakuza, which somehow feel affronted by the baseball player’s behavior.

A slacker and all around uninspiring amateur baseball player named Masaki (Yurei Yanagi) just sort of drifts through his life: He has a lowly gas station job, struggles with interactions with both men and women (especially women), and is a fairly terrible baseball player, despite the fact that he keeps trying to improve on an amateur league in his neighborhood. He doesn’t really have any friends, and he’s made fun of in an offhanded sort of way by his teammates and co-workers. When an arrogant yakuza gangster stops by for gas while Masaki is working, the gangster berates him and smacks him around for being an idiot, but instead of just taking it like the chump that he is, he strikes the gangster with his fist, causing an uproar. The gangster takes the matter to his boss, who ask him to forget about it, but the gangster wants retribution – not just on Masaki, but on his coworkers and on the business itself where Masaki is employed. Things get out of hand pretty quickly, and so Masaki and one of his co-workers decide to go to Okinawa to buy some guns and bring them back home to kill the gangsters who want to close their business down, and along the way on their misguided journey they meet an unhinged and disgraced yakuza yahoo named Uehara (played by Takeshi Kitano, who also directed) hanging out in a bar with some friends. Uehara immediately takes a strange, uncomfortable shine to Masaki and his buddy, and he all but forces them to go on a 24-hour long odyssey that involves degradation, rape, murder, and broad-daylight robbery, and exposes them to the chilling realities that the yakuza lifestyle promotes. With a ticking timeline on his own life, Uehara’s behavior becomes even more erratic and dangerous, and when he helps procure guns for the two simple guys whom he’s taken under his wing, it seems as though Masaki has graduated from mere lowly gas station attendant to a world-weary wildcard who might actually have a chance at retribution against the yakuza.

Ambling and unpredictable, Boiling Point is a little too harsh for my tastes, but it’s mainly because of the unflinching way co-star and director Kitano presents violence towards women, and with no soundtrack, the movie has a weird unsettling quality that is difficult to shake. The movie also has some surprisingly laugh-out-loud moments that are rooted in tension, and by the end of the film you’re left a little confused by what happened, but that’s just the way the movie is composed. Kitano is an imminently watchable and compelling presence on screen, and this film is more proof of that statement.

Film Movement Classics has released a nice looking Blu-ray of Boiling Point, and it comes with two bonus features worth checking out, as well as an insert booklet with some information about the making of the film. 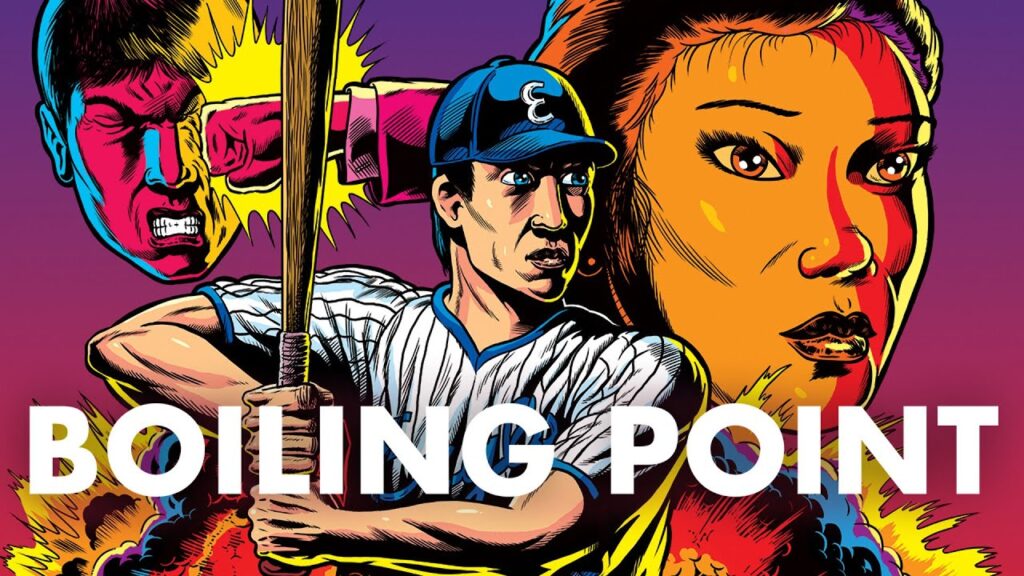