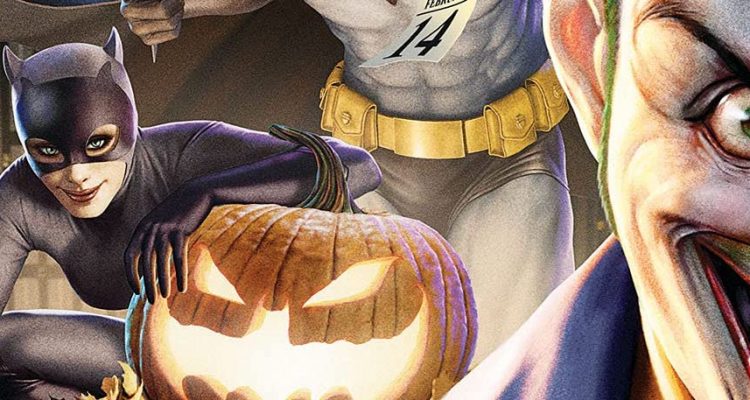 Unusually grim and somber for the DC Animated Universe line, this two-part film is well adapted from the comic book, but it never quite achieves superlative status.

A serial killer murders victims on every holiday, starting with Halloween, and only the Caped Crusader can stop him.

When the first murder happens on Halloween in Gotham City, it feels like a mob hit: Carmine Falcone, the biggest gangster in Gotham, may believe it’s a turf war killing, but Batman (voiced by Jensen Ackles) and Captain James Gordon have other ideas. After District Attorney Harvey Dent’s home is blown up and he and his wife narrowly escape death, it might seem that Falcone or perhaps even the Joker have targeted Dent for being a hardass D.A., but something is definitely amiss in Gotham. Every holiday, beginning with Halloween and through New Year’s, another notable individual is killed by the serial killer / assassin that Batman is sure is a suspect he’s pegged, but when his primary suspect ends up becoming the killer’s latest prey (right in front of Batman!), The Dark Knight must start at zero and recalibrate his sleuthing to get his man. With some help from Catwoman (voiced by Naya Rivera, who passed away in a drowning accident shortly after recording her role), Batman might stand a chance at facing the chaos brewing in Gotham.

With cameos by Solomon Grundy and Joker, Batman: The Long Halloween Part 1 is an unusually downbeat DC Universe Animated Movie from this line, and the tone is established right from the start with a themeless score by Michael Gatt, whose music really bucks the trend of these animated films. The film feels very much like a dark noir with a hero who is surprisingly clueless for all his gadgets and advantages, and so for a Batman film it’s quite different in that regard. It ends on a cliffhanger, and leaves you ready to complete the story with Part 2. From director Chris Palmer.

The Blu-ray edition for Part 1 comes with a digital code, plus some special features, including some bonus cartoons, and a DC Showcase short: The Losers.

Come Valentine’s Day, The Holiday Killer resumes his assassinations, leaving little totems at the crime scene, but no clues as to who is behind the serial slayings (all by gunshot). Carmine Falcone beefs up his security, because it seems that the killer has taken special attention to kill off those closest to him (his son and sister become victims), and Batman is making little headway now that he has so many freaks on the loose: It isn’t just the Joker making the rounds, but Poison Ivy, Scarecrow, The Mad Hatter, Penguin, Solomon Grundy, and his on-again, off-again relationship with Catwoman / Selina Kyle is all over the map. D.A. Harvey Dent’s marriage is on the rocks, and so is his sanity, and when he’s grievously wounded in an attack paid for by Falcone (half of his face is burned off by acid), Dent transforms into Two-Face, an unpredictable loose cannon that has Batman scrambling. As Mother’s Day and Father’s Day turn into more marked occasions for The Holiday Killer, the truth will eventually out, and Batman will get his man … or woman.

The second half to this two-part film features much more villain shenanigans this time around, and Batman still can’t get his act together, even needing help from Catwoman at one point. The movie might have benefited from having fewer touchstone villains (Penguin showing up for one scene was too much), and should have kept its focus on Two-Face. The movie retains its integrity by being closely adapted from the comic book by Jeph Loeb and Tim Sale, but it’s a little too busy for its own good. This one is Rated “R,” but I don’t understand why it couldn’t have gotten the PG-13. I think I heard one “F”-bomb, but still … From director Chris Palmer.

The Blu-ray edition for Part 2 comes with a digital code and a DC Showcase short: Blue Beetle, as well as a sneak peak at the next animated film in the DC Universe line, plus 2 bonus cartoons. 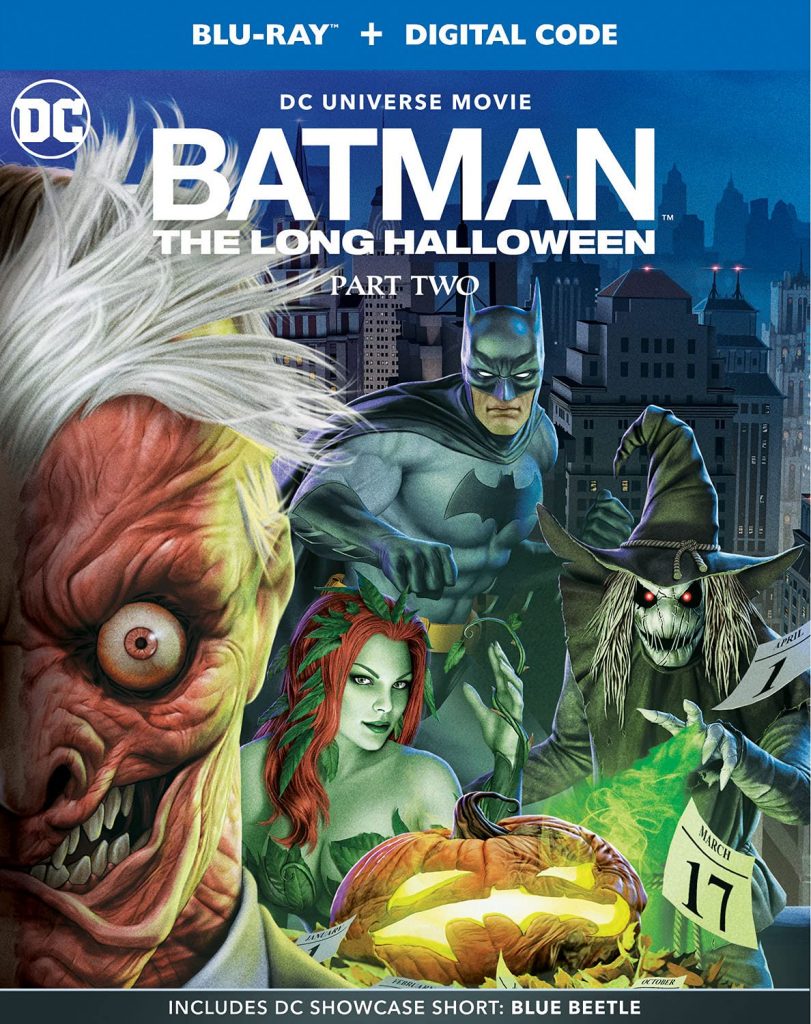 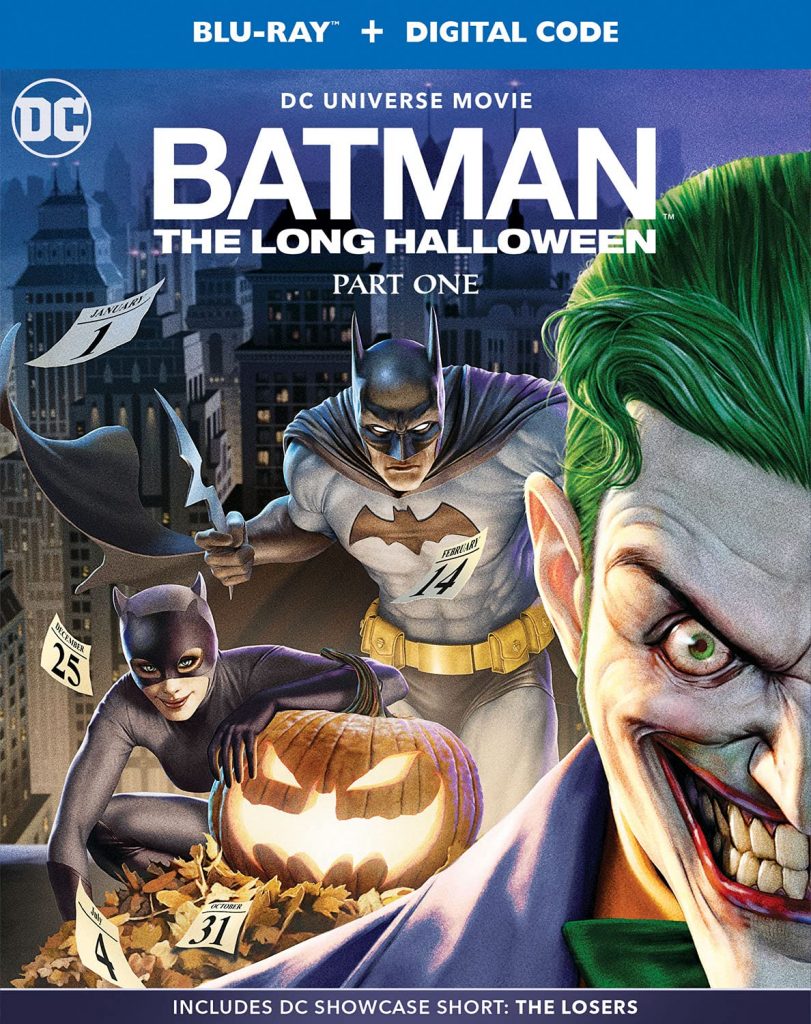