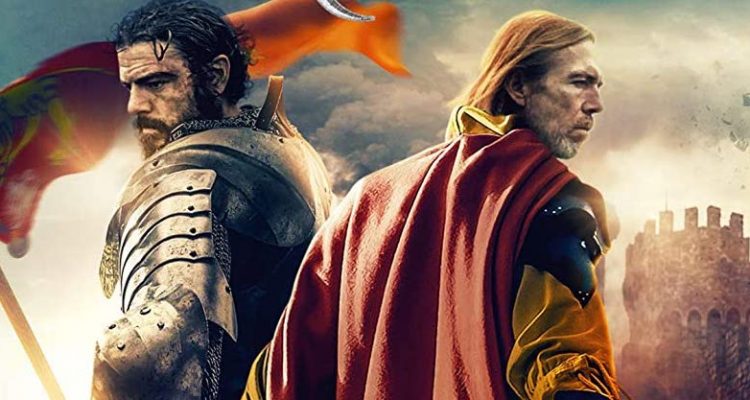 I’m always down for more King Arthur stories on film, and attractive poster artwork for this one disguises the grim reality of an unimaginative effort from director Giles Anderson, who imbues no sense of splendor, majesty, or wonderment in his movie.

King Arthur has become sodded after years away from Camelot while fighting wars in Rome, but his son Modred is attempting to steal his throne back home, and so Arthur must return if he is going to save his kingdom and his queen.

A sodded, battle-weary King Arthur (Richard Short, very forgettable) is years into a war in Rome with the last remaining of his Knights of the Round Table, and his soul aches with all the sins he’s committed with his whoring and murdering and warring. Meanwhile, in Camelot, his illegitimate son Modred (Joel Phillimore) is of age and eyes the vacated throne with jealousy and covetousness. With the help of the witch Vortigone, he angles in towards Arthur’s Queen Guinevere (Stella Stocker), with the intent to make her his queen by force. Arthur begins to sense that his time away from his throne is at its end, and when his straggly mentor Merlin (Richard Brake in a cameo) shows up to remind him that he needs to remember what it felt like to be the boy who withdrew the sword from the stone, Arthur is propelled to action, and so he and his tired knights make the journey back home … except they are met with witchery in the woods, thanks to Modred and Vortigone’s witchcraft. When they eventually get to Camelot, it’s just in time to stop a bootleg wedding between his Guinevere and Modred, and instead of a wedding feast, there will be blood spilt on the floors of the castle.

I’m always down for more King Arthur stories on film, and attractive poster artwork for this one disguises the grim reality of an unimaginative effort from director Giles Anderson, who imbues no sense of splendor, majesty, or wonderment in his movie. Arthur, as played by Short, is perhaps the most thoroughly unappealing actor to play him in memory, but it may not be his fault, as the script he’s been given is shortsighted, confusing, and uninspiring. Brake, who plays Merlin in one or two quick scenes and narrates only the beginning of the film (but not the rest, for some reason), doesn’t have the gravitas to play Merlin and, if anything, it’s his costume and wardrobe that draws your attention, and not his performance. A disappointment on almost every level, Arthur and Merlin: Knights of Camelot might’ve been something worthy of its public domain origins, but instead it will be instantly forgotten or ignored the length of its days. 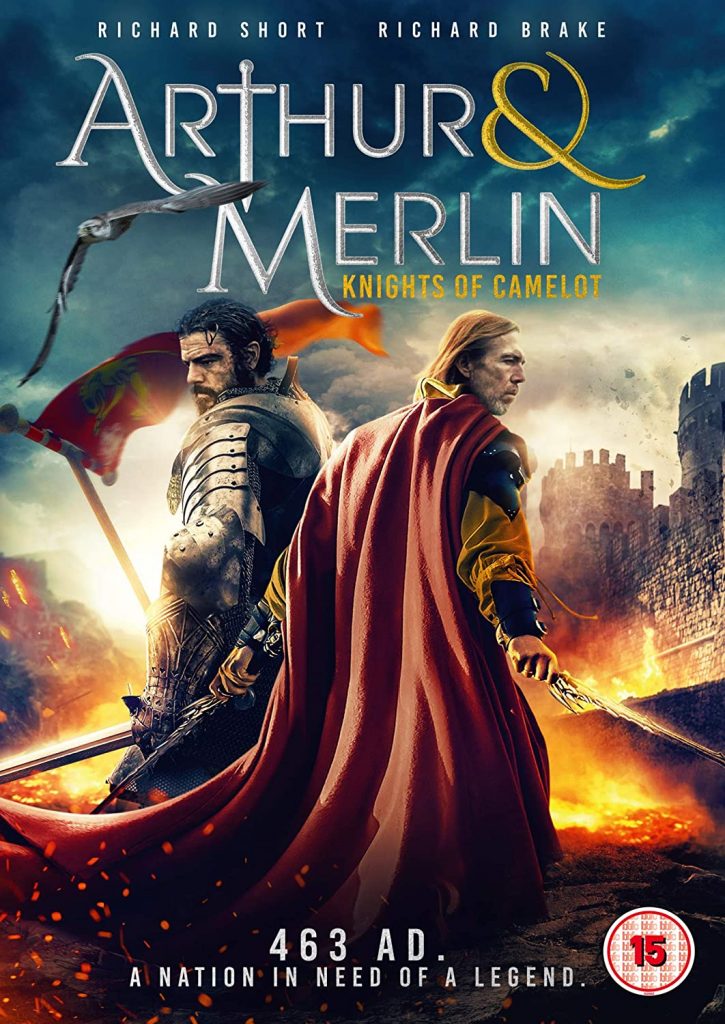