Directed with a gut-sense of wild imagination by Terry Gilliam, 12 Monkeys is really cool and unusual.

“All I see are dead people.”

Plot: In a future world devastated by disease, a convict is sent back in time to gather information about the man-made virus that wiped out most of the human population on the planet.

Review: In the year 1997 five billion people die of a biologically created virus and the survivors retreat to underground lairs where they are quarantined and live like prisoners. About thirty years later, a group of surviving scientists have yoked the ability to travel through time, but instead of traveling themselves, they send “volunteers” to collect data and samples from the surface, and sometimes they send them back through time to observe and bring back information. The plan is to alter history somehow and stop the virus from spreading, but a problem they have is that their historical information is completely inaccurate. They believe that an army of “12 Monkeys” (an animal rights league) instigated the viral apocalypse, but the truth is much more complicated than that. A “volunteer” named Cole (a haggard and convincing Bruce Willis) is picked to do much of the scientists’ gathering of information due to his good memory and his ability to read. He travels too far into the past, and when he is apprehended by the police for being a vagrant in the year 1990, he is locked up in a mental institution for being thought insane. There he meets a beautiful psychiatrist (Madeleine Stowe) and a whacked-out inmate played by Brad Pitt who is incredible in his role. Since Cole is unable to gather the proper information for his superiors in the future, he is transported back to the apocalyptic future. Once there, the scientists are disappointed with his results, but send him back through time again, just a matter of days before the apocalypse is set to occur. This time he figures out (almost too late) the error of history, and in a sad, certain way, he is able to save humanity.

Well, if you like your apocalypse movies to be twisted and challenging, then this movie is perfect for you. Directed with a gut-sense of wild imagination by Terry Gilliam, 12 Monkeys is really cool and unusual. It’s a little depressing and pretty disorienting at almost every moment, but it really is unlike any other apocalyptic film. The sets and costumes are interesting to look at, and the mind-bending script by David and Janet Peoples (Blade Runner, The Blood of Heroes) is based on a short film called La Jetee. Followed years later by a TV series reboot.

Arrow Video has recently released a 4K restoration blu ray of 12 Monkeys, and the movie has never looked or sounded better. The feature-length documentary “The Hamster Factor and Other Tales of Twelve Monkeys” that was featured on the Collector’s Edition DVD from Universal is ported over, and it’s worth the price of the package alone. It remains one of the all-time great making-of features ever produced. Arrow’s release also contains archival features and a reversible cover sleeve with newly commissioned artwork. 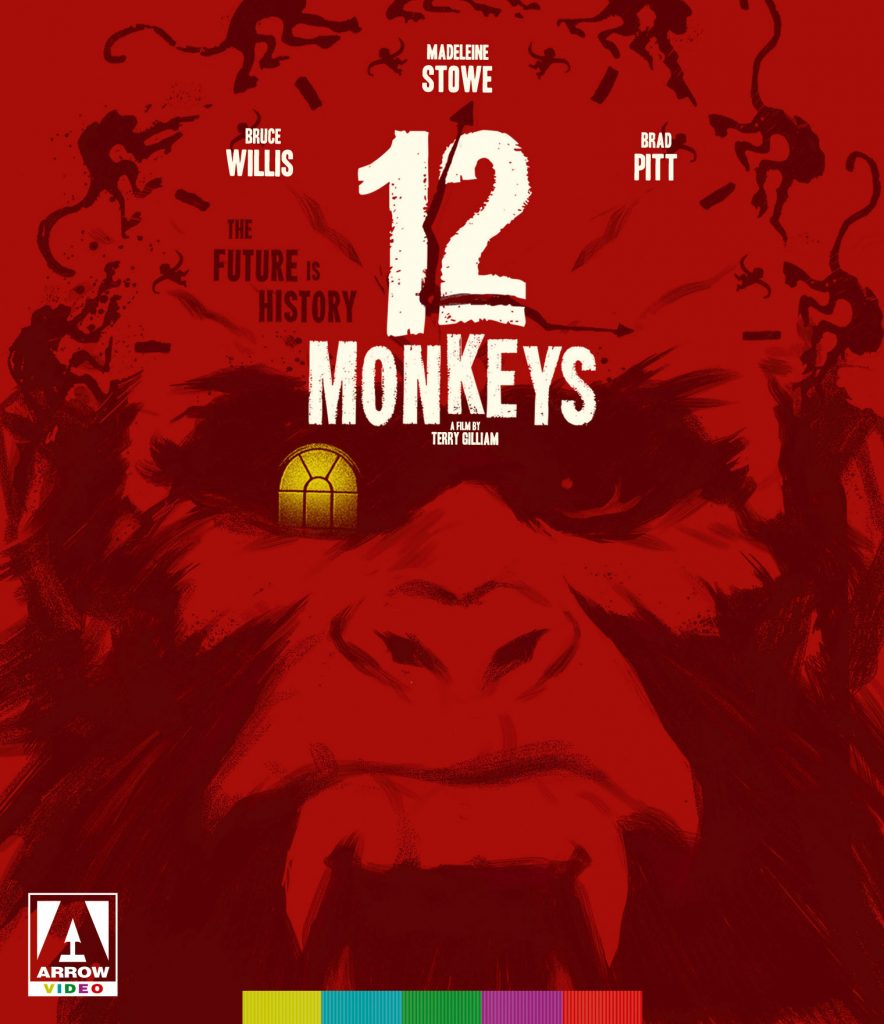