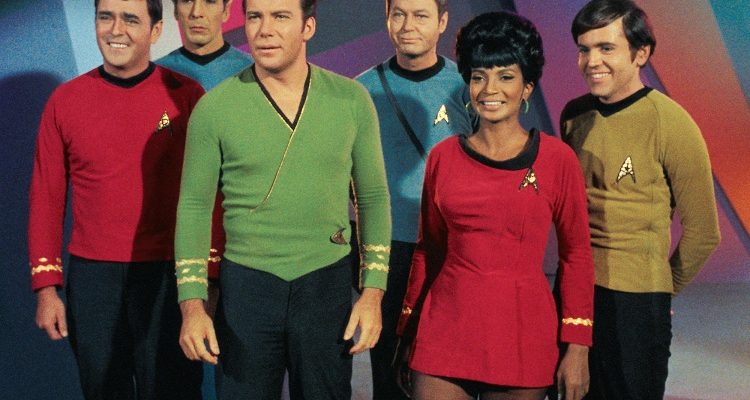 Much like Mission: Impossible and The Fugitive, you have yet another ‘60s action show that delivers epic themes, quotes and thrills as well as occasionally cheesy moments.

Review: Season 1 has many unpredictable missions including: shapeshifters, androids and more bizarre creatures. Elsewhere, there are run-ins with several prominent species like the Klingon warrior race, the Romulan Star Empire and the Gorn. Season 2 gives more screen-time to the supporting crewmembers, diplomatic missions and more new aliens. Season 3 continues more of the same style as the last two seasons only with more moral, racial, social and political parallels featured in numerous stand-alone stories.

What can I say? This is a show that is the rare kind of show that has always appealed to multiple generations due to its encompassing narrative and despite dated cliches and occasional repetition, it remains endlessly watchable due to its coverage of the different character quirks, endlessly effective discussion-worthy topics (albeit in scifi form) and over-the-top fights. Even if you watch an episode you don’t particularly care for, you’re bound to remember it due to the atypical delivery of it. It’s easy to see why William Shatner is considered both one of the most popular AND questionable actors of all time. His over-dramatic acting choices were sometimes overkill while also ingenious. Never has anyone sounded like such a contrarian describing such an unpredictable scenery-chewer. He WAS the only guy able to embrace the intensity of said character, yet sometimes he even revealed the material not always being up to par and he was the one holding it together. Sometimes he justified his over-the-top acting, and sometimes he didn’t. Yet you still watched it because how could anyone take their eyes off him? He’s the Captain after all and we’re not.

The show itself, while occasionally workman-like, always had a vision of what it was before it grew grew such a mass legion of fans (something I can’t say about the surprise success that was rival franchise Star Wars). You can compare all the other Trek shows but none of them EVER keep consistent or have their identity entirely figured out like thus show. You can say that your favorite installment is Next Generation, Deep Space 9 or even Voyager but they all had at least two weaker seasons before they merited earning anyone’s attention, while the Trek original had set phasers to instantly entertain! And for those who might have the unpopular opinion of mot caring for it, they still easily respect its accomplishments and narrative. After all, it had a diverse and equal attention to the whole cast of characters. Spock was such a noteworthy philosopher, “Bones” made one wish they knew a doctor as calming and comforting as him, and the rest had their own subtle quirks that slowly grew on one. So while this may be far from an always perfect show, it’s still more than just a cult show that you either get or don’t- you still know that you’re in for unexpected tales and lovely adventures that will leave a mostly positive impression. Now go see the show your relatives always talk about- it’s about damn time!