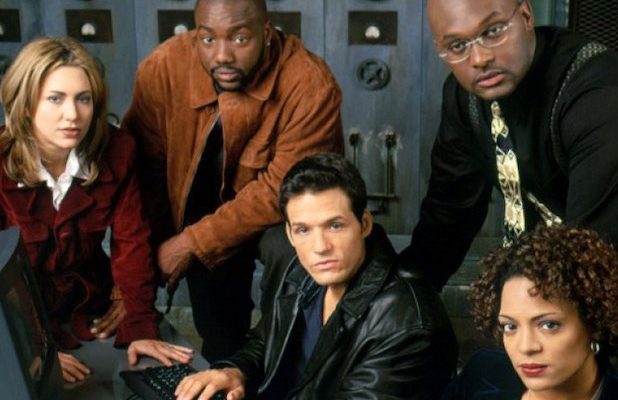 A somewhat dated but still fun and gripping Miami Vice styled urban crime show with some Law & Order type grit (and even some of the same characters from that universe).

Plot: New York 4th Precinct Detectives Williams (Malik Yoba, Cool Runnings), a recently divorced cop trying to be a good father to his son, and Torres (Michael DeLorenzo, A Few Good Men), a young Puerto Rican who struggles with his heritage, try to balance their stressful work duties with their own personal demands. Their boss, Lt. Cooper (Patti D’Arbanville-Quinn, Real Genius), is tough but fair in her assignments.

Review: Season 1 has some hit-and-miss material and doesn’t always do anything with its material beyond the cliches but does often find some perfect balance with the recurring issues both protagonists are facing outside of crime solving.

The Season 2 and 3 showcase some mostly faster, briskly paced and beyond intense assignments and are certainly the biggest highlights of the entire franchise. Season 4 is the final season and it ends far too abruptly due to the network’s cancellation. The overall show has nothing, aside from the culture card, to measure up to the far superior Homicide: Life on the Street and NYPD Blue but it never-the-less ends up being still better than every other show that was trying to mimic the likes of Miami Vice. It shares the same universe as Law & Order and as a result has much of that same gritty style, handheld camerawork, moody tone, and same cast/crew either playing the same or different characters. It’s never a dull show and is easy to get into at anytime thanks to brief recaps at the beginning of most episodes and truly having the feel, look and emotion that’s deserving of such material. The montages, rap soundtrack and other stylish edits add to the narrative without compromising it. Some of the R&B music at the end of some of the clubs gets a tad outdated or annoying on occasion but overall hits the mark and doesn’t always occur. The overall delivery was neat and truly packed every punch that it needed to wether it was a shocking discovery or a end chase scene at the end of each episode.

Some episodes can be found on YouTube (although they keep getting removed since the channels often have at least a few other TV shows with copyrighted music or other legal issues forcing the whole channel to be taken down) and Dailymotion. This show used to be rerun on TV One but now I can only find this reairing on one of those Spanish channels I don’t have on my cable TV package so there’s no telling how else anyone could find some nearby access to this semi-legally and it looks like the studios won’t ever release it (which is a shame because years ago this would’ve sold rather well). Had FOX not been an ungrateful network and had there not been as much music on this show, it would’ve definitely been commercially available now but until then, there’s not telling what’s next.

A TV pilot for a revival of this was planned but much like NYPD Blue, it didn’t make it even to air so here’s to you, show, you were a fun diversion and very gripping; I’m sorry the studios suck and that you’re underappreciated! If you can find the TV One special that documented the making of this series and it’s broadcast history from around 2016 as that was well-done.