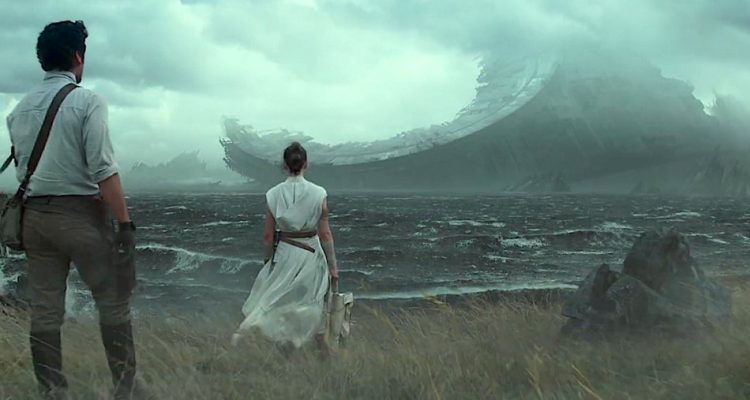 My Crazy Theories on the New Star Wars Trailer

It’s no secret that Star Wars fans can be a whining pain in the ass and there can be no pleasing some of us; as much as I didn’t love The Last Jedi or Solo my hope has been rekindled thanks to the new trailer for Star Wars: Episode 9 – The Rise of Skywalker. So I thought I’d put down some of the theories I have about it which I’ve been discussing with my brother ad nauseum because we’re really sad.

Anyway, I’m seeing a lot of people thinking that the title The Rise of Skywalker will be about Rey and she will somehow be a Skywalker after all or that Luke will return in some epic way. That could well be the case but that’s not what I think it will mean. I reckon it will be the Skywalker Knights. In The Last Jedi Luke talked about how the Jedi should end so what if Rey will let the Jedi and Sith die but Skywalker will be the new version of the Jedi; the new order will be called something like Skywalker Knights/Knights of Skywalker against The Knights of Ren or something?

On the flip side of that I noticed that the trailer uses Leia’s theme tune so the Skywalker is possibly on her side of the family. Perhaps Kylo Ren realizes that he has been manipulated by Palpatine the whole time and not the ghost of Vader so he decides that he and Rey need to work together to destroy him once and for all. That opening scene of the trailer really does look more like Rey is being trained by Kylo in some way as he isn’t shooting at her.

The best thing about the trailer was obviously Palpatine’s laugh and how him coming back was always inevitable; if you watch the below scene I already now have a new appreciation for The Last Jedi…

So here we go – Snoke is Palpatine. Palpatine possibly uses essence transfer to stay alive so he uses other bodies however, the dark side energy is too powerful so the bodies wither which is why Snoke looked so deformed. In the video above when Snoke tortures Rey the Emperor’s Theme plays and he even speaks like him “Young fool… it was I who bridged your minds” so I think it was Palpatine all along manipulating it behind the scenes as he has always done. People have said that bringing him back means Anakin’s sacrifice was for nothing but I disagree; Anakin redeemed his soul and saved the life of his son so even if Palpatine has come back this doesn’t denigrate Anakin’s sacrifice as he was seen as a Force ghost at the end of Jedi and was at peace.

The voice of “Vader” talking with Ren isn’t Anakin but possibly Palpatine who wants nothing more than revenge on the Skywalker clan for destroying his legacy. This could totally change The Last Jedi as Luke’s despair could have all been created by Palpatine who like I said has been working behind the scenes and destroyed his new Jedi order by polluting Ben Solo’s mind. So it may be that he has just been a puppet all along.

This also explains why the villains are called The First Order; it’s still the Empire which was never really gone. When Palpatine destroyed the Jedi he used Order 66 but what if Order 1 was essentially rebooting the whole Empire after he was “dead” and thus we have The First Order?

This is so fun to come up with theories and is the most entertaining part of being a Star Wars fan; there is so much negativity and whining that for a long time I just lost interest but I am now optimistic and will watch The Rise of Skywalker’s career with great interest…