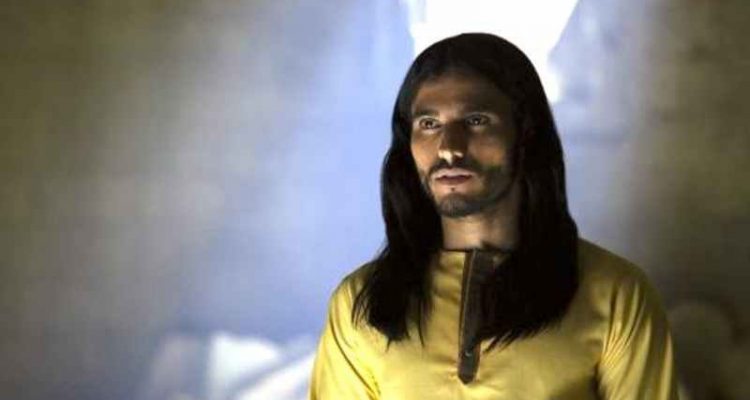 An absolutely unbearable so-called thriller that once again isn’t a good use of the Netflix brand.

Plot: When a CIA officer investigates a man, and his followers, attracting international attention through acts of public disruption, she embarks on a global high-stakes mission to uncover whether he is a divine entity, or a deceptive con artist.

Review: If you’ve heard comparisons to this being like Netflix’s star-powered House of Cards mashed up with crappy Christian action adaptations like Left Behind, that essentially sums this show up. Michelle Monaghan (Kiss Kiss Bang Bang) is often pretty good at holding her own in any type of project but the characterizations are never intriguing and the plotline never merits anyone’s attention span. John Ortiz (Bumblebee) is his usual annoying self and I still to this day don’t understand why he gets continually cast in high-scale projects when he has zero range.

This was yet another show that was too long even at 10 episodes and it didn’t help that the attempt at thrills were so far and in-between that it was easy to forget all the other subplots as everything is rendered obsolete by he lack of generated interest.

I hope filmmakers eventually get the idea that we actually watch shows on streaming to be glued to the screen, not to have background noise on while we play on our phones! And much like indie films, this also had a bunch of storylines intertwined yet never chose one main storyline to focus on and since there were too any people to keep track of, there was no one to attach one’s self to. Give me two, maybe three, and let’s leave it at that shall we?

If you liked other political thriller shows, you’re better off watching all the other Netflix featured content like The West Wing, Madam Secretary and even their own Designated Survivor. All those shows have multiple characters but they balance them out with social arguments, killer suspense and gripping subplots- all things that can’t be said about Messiah. The religious themes have been noted but I doubt even fans of seeing depictions or conversations about faith will even tinker with viewing this show as it has so much questioning and endless arguments to the point of redundancy. The questions were harmless but anyone else in their right mind could’ve easily organized and framed this all way better instead of endless B-roll and uninspired conversation filled scenes.