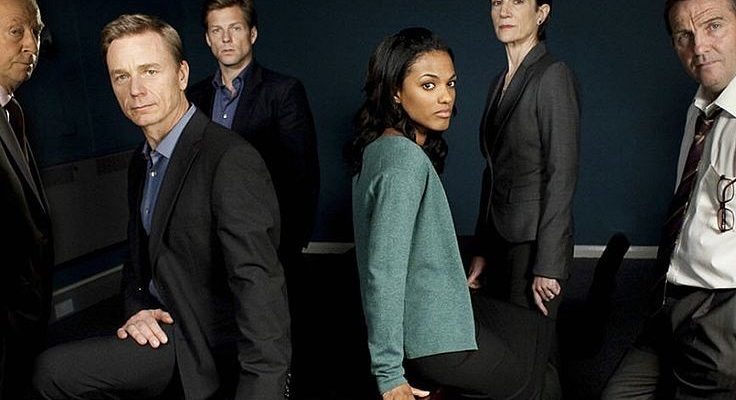 A somewhat underrated take on the formula that delivers once it truly gets going thanks to prompt pacing and the different setting.

Plot: In this British version of Dick Wolf’s beloved crime formula, we see how the detectives, assistant district attorneys and forensics handle crime in the U.K.

Review: For eight seasons, we follow various personas on the street and in the court room. Many stories from the original Law & Order series is reused but changed up to the London setting and social atmosphere while at times feeling just as dark as Special Victims Unit and Criminal Intent. Actors Jamie Bamber (Battlestar Galactica), Freema Agyeman (Torchwood), Bradley Walsh (Torn) and Ben Daniels (DOOM) all dive into their roles while showing sides of their persona that no one has ever seen prior which like any of these L&O shows is very rewarding for any fan of beyond fantastic acting. This version of the show is rather faster-edited so as a result time feels to fly faster but all for the better. The autopsy room is not often seen but it mostly begins with the detective material in the first part and always ends in the courtroom but it stops the repetition from setting in by always having each character react to each case differently instead of always have a heavy-handed or law-abiding reaction each time so by being consistent with the unexpected nature each episode, it really kicks serious ass in that area.

The series is available on YouTube and Sundance Now as well as select seasons being given Region 1 or 2 DVD releases with the eighth season still not being made available for home media consumption to this day. Either way, it’s easier to binge-watch since each season is on average up to 7 episodes total and it is rapidly-paced.