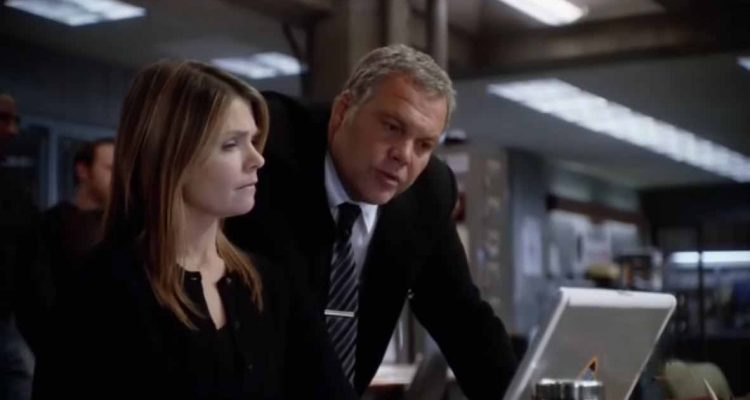 Plot: This spin-off of the long-running Law & Order franchise focuses on the NYPD’s Major Case Squad of skilled first-rate detectives who handle the most complex crimes that New York has to offer. They investigate high-profile cases like murder, kidnappings and major robberies, primarily involving VIPs, local gov’t officials, financial industry, and the art world.

The series is notable for its heavy focus on the motives and actions of the criminals, supplemented with scenes of the suspects in their own lives, parallel to the investigation. Each episode features a cold open of the victim and suspects in the days leading up to the crime; these scenes maintain suspense as to the perpetrator’s identity and motive until the ensuing investigation reveals their involvement. Sometimes, the killer is revealed upfront and other key details have to be unraveled.

Review: A sometimes self-indulgent and other times unpredictable procedural that is as much a deep character study on the various victims and criminals as it is for its main detectives. Seasons 2 and 4 occasionally become a little muddled and are not as interesting but have good guest stars, while Seasons 1 and 3 have rather taut situations and morbidly fascinating incidents that fit the show’s bill nicely. By the 5th Season, the show has truly figured out what does and does not work with it’s format and finds that much like the previous installments, having everything be changed up each episode is the best option. While changing up things, the last five seasons become more personal for every protagonist and the remainder of the show is all the better for it.

Much like the other previous long-running series spin-off, SVU, this show ratchets up much of the same shocking yet far more plausible tone as well as the gripping cat-and-mouse game of wits between either side of the law. And like the previous shows, if you come across an episode that you don’t care for or that isn’t grabbing your attention right away, either skip it or suffer through it because it will be significant later on in the show’s run. When the show is great (which is often), it is can’t-look-away type stuff. When you come across lesser, not as intriguing stuff, it is often 50/50.

Sometimes you’ll find the criminal focus more interesting than the investigation, or vice-versa. A crime show can’t get it right everytime so that’s easily forgivable and by avoiding the courtroom trials, continually changing up it’s mood, style, cast and writer’s room, this series at least isn’t afraid to take risks. And by taking those chances, it breaks free of the usual expectations previously had for both its franchise and its genre.

Some of the various supporting detectives they utilize in some episodes (some replacing Eames in earlier seasons, some paired with Logan in non-Wheeler episodes) vary but it would be unfair to compare them to the more beloved recurring characters when the actors didn’t have enough episodes to create much of an impression. One exception to this criticism though was the Det. Barek (Annabella Sciorra, The Sopranos) character as she had unusual body language and was quirky to the point that she seemed out of place. Sciorra has been a lovely talent in countless other films and shows but either this was a contracted role she was disinterested in or the filmmakers were using lesser takes that she was giving them to use in the final cut. Either way, this was a minuscule issue at best.

As far as the overall character focus is concerned, the unusual counter-thinker Goren and dry-witted Eames are a perfect match and help keep the viewer coming back even if the crimes aren’t always fully geared up. And as the show goes on, Bobby’s troubled family and Eames’ family of cops prove beyond fascinating reveals into characters we previously only liked but never knew enough about personally.

The Wheeler character also proves to be a real instantly likable and bright character while having the fan-favorite Logan character from the original L&O show was a beyond welcome return. After Wheeler leaves, the show pretty much becomes “the best of Jeff Goldblum” hour. However, Jeff does mature in plenty of episodes and become an unrecognizably dense cop that easily rivals Goren’s mind-reading skills. Nichols is also well-complemented by single season stand-out, Det. Stevens (Saffron Burrows, Boston Legal), who proves to be an equally capable partner. But as much as the cast changes, the show never shows signs of overstaying its welcome or feeling completely unorganized.

There are countless mind-games and hostage negotiations in this show but the crimes on this show benefits best when it gets creative with the various crimes, wether they are petty and inexplicable or just another ruthless mastermind who did unforgivable misdeeds. Either way, you will want to know what makes the detectives and criminal(s) tick by the end of any episode. Many shows like Motive and the Criminal Minds franchise definitely owe their existence to this installment but they all stand out in their own right due to all of them focusing on the melodrama differently. And this show has beyond rewarding plot reveals and drama.