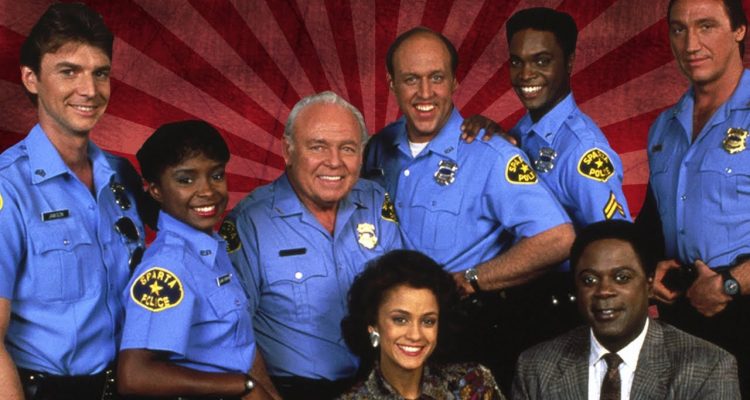 In the Heat of the Night TV Series Review

Anyone who’s seen this show before can tell you it’s a pitch-perfect, easy to love classic.

Plot: In a continuation of the 1965 novel and 1967 film of the same name, Virgil Tibbs (Howard E. Rollins, Jr., A Soldier’s Story) returns home to Sparta, Mississippi from Philadelphia with his wife Althea (Anne-Marie Johnson, Hill Street Blues) for the funeral of his mother when he is offered the position of Chief of Detectives for the town’s mostly Caucasian police force. At first there is tension between not only Virgil and Chief Bill Gillespie (Carroll O’Connor, Archie Bunker’s Place), but also between Virgil and Sgt. (and later Captain) “Bubba” Skinner (Alan Autry, At Close Range).

Review: Produced and often having scripts rewritten under another alias, O’Connor ensured that this show was not only taking chances that were all too rare for television but groundbreaking and unlike any other crime show prior. Once you get past the fact that Rollins and O’Connor, who are already brilliant actors in their own right, are also doing respectively great portrayals of the roles previously brought to life by Sidney Poitier and Rod Steiger, it’s incredibly easy to get into. The first two seasons do have some generic episodes that fail to separate it from other old-school shows but it all changes by Season 3 and goes all the way through Season 8, the latter of which consisted of 4 feature length telefilm episodes. That’s due to O’Connor changing up the writers who only knew how to portray fiction, not any sort of reality, before being fired.

The show, while shot in Louisiana and Georgia respectively, and indicating a fictional Mississippi, still often feels plausibly legit at times due to the often gritty and timeless subject matter. Much like Hill Street Blues before it, this show is rather sensitive yet rather edgy, and no crime was off limits due to never being overly graphic while never holding back from vivid descriptions. Everything from rape, murders, racial crimes and such pertaining to businessmen, sports stars, spousal matters, high school, politics and the judicial system are examined out of many more, while investing time in the police staff having to put aside their stubborn reluctance and inevitable trust in one another to solve the crimes.

It is neither preachy nor apolitical in it’s depiction of the various topics, only wanting to craft a show about heart, soul, values and discussion-worthy topics. While it began a criticized existence, it’s long-time later syndication inevitably showed how it was a rather beloved sleeper hit. It’s easy to see why as the characters keep evolving each season (even changing ranks) and the characterizations made to every single person (main cast or guest stars) with the performers bringing them to life only reinforces the previously touchy themes, dramatic segments and thrilling moments. The theme by Quincy Jones never gets old nor do the various crime stories due to careful reflection on the topics and recurring subplots.

Even as the cast changes that occurred much later on, the show kept its same exact mood, tone and even its soul intact while making it all easy to handle for mass consumption. For its sometimes heavy subject matter, it is a miracle that it becomes rather feel-good and emotionally rewarding as a whole. Miracles can happen I guess and this show is a perfect example of that.