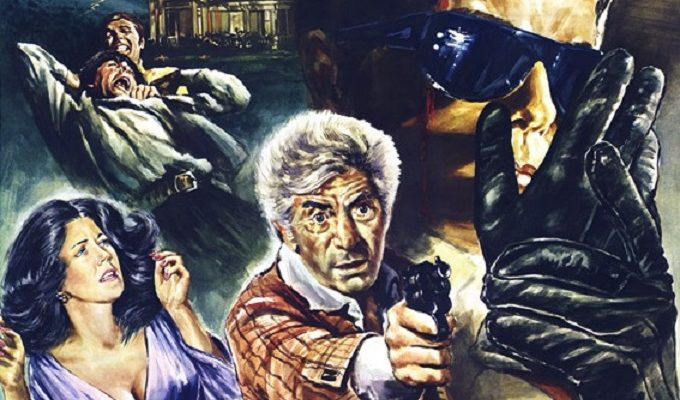 Deathdream is enough to wake you up and bring you to complete attention with its gore and shocking violence. Depressing and creepy to the max, it manages to balance war metaphors, drug addiction, and horror in equal, impressive measure

Plot: A young man killed in Vietnam inexplicably returns home as a zombie.

Review: A soldier in Vietnam (a word that is never mentioned in the film) named Andy (Richard Brackus) is shot and killed while on the battlefield. His parents back home (played by John Marley and Lynn Carlin) and his sister (Anya Ormsby) are dutifully informed via messenger that Andy was KIA, and for a day and night, the family mourns. In the middle of the night, Andy returns home in a surprising manner and following the brutal slashing murder of a truck driver that gave him a ride. As with the returning of veterans from war, not all is quite right with Andy, but we know immediately that Andy is not himself anymore. He freely admits with a sardonic grin that he died and has returned, but everyone thinks it’s a metaphor, but he’s not kidding. He’s come back from death, and he needs blood to survive like a drug addict needs the needle to stay afloat. His family is only at first overjoyed to have him home, but his macabre disposition and stoic conversation soon wears them down, and after he kills the family dog in a fit of rage (in front of a bunch of children), they begin to realize that Andy is not the young man they sent off to war. We see Andy killing the family doctor (a memorable stabbing scene), and then he all but rapes and murders his former girlfriend, and soon the whole town looks at Andy like the freak and monster that he’s become. As his flesh peels back and his bloodshot eyes lasers in on his next victims, he deteriorates into a walking zombie, intend on feeding on the blood of anyone who is in his path.

A startling and vivid statement on the Vietnam War and the treatment of returning soldiers, Bob Clark’s radical horror film Deathdream is quite a visceral experience. Still relevant today, it’s enough to wake you up and bring you to complete attention with its gore and shocking violence. Depressing and creepy to the max, it manages to balance war metaphors, drug addiction, and horror in equal, impressive measure.

Blue Underground’s recent Blu-ray / DVD combo pack of Deathdream is the ultimate edition for fans of the film and the newly curious. Featuring a crisp, filmic high definition transfer and a ton of bonus features to keep you perusing for hours.