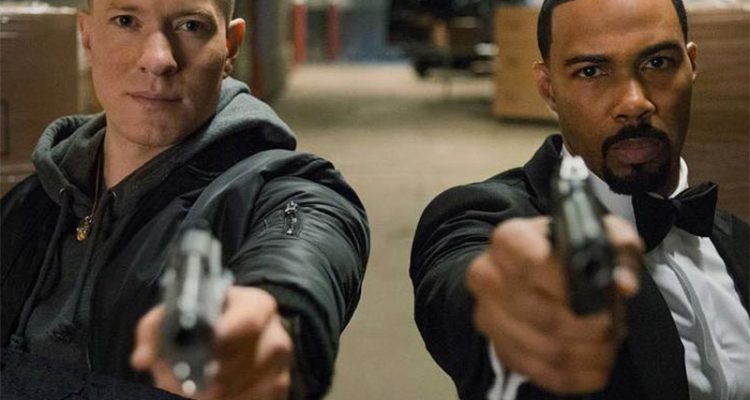 An instant TV classic that outdoes every other crime show from The Sopranos and The Wire to Breaking Bad and Ray Donovan. See the insanity unfold on your home theater screens while getting satisfied instead of frustrated.

Review: Season 1 introduces Ghost’s establishment of his Fortune 500 company, laying out his various rivals, his adultery with Angela, his wife’s various manipulative methods and new dealings with elite investors such as Simon Stern (Victor Garber, Argo). Season 2 involves Kanan tending to old business matters being fresh out of his jail sentence while Ghost has to figure out how to reopen his nightclub as it immediately picks up from Season 1’s club shooting finale which comes under police investigation and might be facing charges from the D.A.’s office. Season 3 follows Ghost finally seizing control of some legit night clubs and leaving a life of crime behind. Season 4 shows up immediately following the prior season as Ghost is now in prison for an unrelated murder. Can he get out of the joint and claim back his empire, having now accepted that he’s back in the crime game? Season 5 picks up with unlikely gang and political allies teaming up with Ghost while he tries to stop his traitorous right-hand man, Dre, who has betrayed him to the warring Jimenez cartels. Season 6 is the series’ end which sees Ghost running for Lt. Governor while once again facing the final wave of betrayals.

Created by Courtney A. Kemp (The Good Wife) and executive produced by 50 Cent for Starz premium channel, it made sense why the satellite network wanted to conjure up the next big crime epic TV addiction (especially when the former head of HBO was now head of Starz!). The show as a whole easily measures up to the likes of The Wire, Oz, Breaking Bad, The Shield and Ray Donovan while easily giving The Sopranos and Sons of Anarchy each a run for their money. It knows how to slap-dash the numerous subplots without feeling like time is being wasted or that the whole thing isn’t quite there yet. All of the unlikely faces of A and B-grade talents are at their finest while complimenting the numerous plot twists, which also feel beyond layered and intriguing. The show unfortunately has been ignored by the award shows and other channels despite being on premium cable but it’s their loss as this show wasn’t over-stylized or simply junk food. It’s all well-rounded at combining the characters moral dilemmas with the inevitable turf wars, scandals and murders, while also focusing on other “gotcha” moments that feel satisfying because the tension that’s been built up in the room finally needs to be released. The whole thing has many strengths and if there were any weaknesses, I guess you could say the first two episodes were a tad slow but as a whole, this thing skyrocketed and was a lovely multi-character study as well as an action-crime drama epic.By being its own thing instead of only relying on tired tropes, being consistent in its character reveals and brutality, it’s an instant winner!