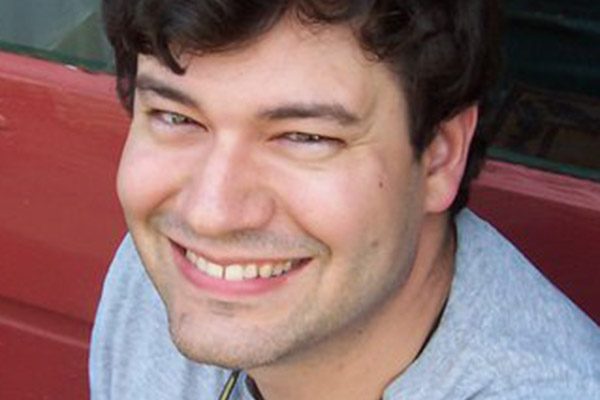 Shorts are an effective way to get an on-the-job film education says Chris Ethridge, director of the new thriller Haven’s End (now available On DVD and Digital).

When did you get involved in the film, Chris?

I’ve been making films for almost 20 years.  I made a bunch of shorts along the way, they are an extremely effective way to get an on-the-job film education. Haven’s End is my second completed feature film.

Being an independent production, I imagine you had to wear quite a few different hats on it?

For sure.  There isn’t an indie filmmaker alive who isn’t juggling half a dozen roles on set.  There are drawbacks, but the value I’ve gotten out of having to do so many things is that I’ve been able to learn a good bit about each department – even the ones that I would normally not have much involvement with.  That breadth of knowledge about all of the pieces of filmmaking ultimately make me a better filmmaker.

Any hurdles to jump before filming even kicked off?

Scheduling and casting are always things to keep an eye on, but our team was really lucky on this one – most of those things fell into place fairly quickly.  There were no major hurdles, unlike some of my previous films.

Now is this something you pretty much bankrolled yourself, and had to pan for gold to get up, or was it a door-knocking exercise?

Sometimes I have run crowdfunding campaigns, but we didn’t do that for this film.  The budget was fairly modest, especially for the final product, and we had a couple of investors who were able to cover the vast majority of it.

Tell me about the pursuit of getting distribution interest…

We did the festival circuit first, which allowed us to get some recognition and then we were able to use that open conversations with various distributors.  We ultimately went with Osiris Entertainment, because I felt that Evan and his team understood the film and my goals for it better than anyone else.  He was able to bring us to Mill Creek Entertainment, the company that ultimately released it into stores and on VOD.

In the future, do you expect more and more filmmakers will be releasing projects themselves? Is that becoming easier, you think?

It’s definitely a continuing trend, and there was certainly a possibility that we might have done so ourselves.  For smaller indies, the biggest thing is to build your audience and if you can directly sell to them, there is benefit in not going with a larger distributor.  I was looking for a broader reach, and we needed partners in order to achieve that.

Who did the art? It’s a nifty job!

That art was created by the excellent team at Mill Creek.  They did a fantastic job with it, and I’m absolutely thrilled that it came out as good as it did.

Did you find it at all difficult to market, being that it’s a crosspatch of several genres?

It definitely creates some extra challenges! I keep calling it genre-bending, because it blurs and crosses a lot of lines.  I think for the marketing aspect, you have to narrow the focus a little bit, and we worked with our distributors, both Osiris and Mill Creek, to try and find a direction that would work well.  The “world-on-fire” feeling of the art and the trailer do a pretty good job of indicating where we decided to go with that.

You’re working at Blockbuster Video, back in the day, and this comes in – – which shelf do you place it on?

Oh wow, good question.  Probably in the Thriller category, but Blockbuster was all about the artwork on those VHS cases, so I could see it showing up in Action, just due to the way our cover art plays.

If you were stranded on a desert island, and could only take one movie with you, what would it be?

I guess the smart move is to take something extremely escapist, to take my mind off the incredibly unfortunate situation I’ve found myself in.  But it also has to hold up over multiple viewings.  I’d probably want to laugh too, so I

And if you could only have one actor join you on that island, to keep you company, who would it be?

An actor friend of mine named Jens Rasmussen played the lead in an earlier film I made, a 30 minute project called Survivor Type.  Jens is extraordinarily skilled in survival techniques, and he is a great conversationalist.  If I want to stay alive and not be bored the entire time, he’s the one I take with me.

What are your future plans?

Currently working on my next feature, which is a very cool indie action script written by industry vet Mike Malloy.  We’re trying to line up financing – which is always the hardest part.

Any advice for those looking to tackle the industry?

Make sure you love what you are doing. Be ready and willing to push forward even after hearing “No” over and over again.

Do you consider social media a ‘must’ for any entertainment professional, these days?

It’s very hard to reach any sort of audience without it – but managing the social media aspects can be a full time job by itself.  I definitely struggle to try and balance it well.

I would love to make a big budget theatrical version of the Star Blazers animated series, and I wouldn’t mind taking a shot at a Bond film.  In the remake department, I’ve always felt Flight of the Navigator is primed to be redone with modern technology.